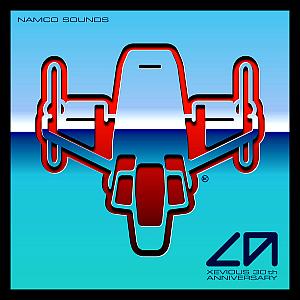 The Xevious 30th Annivesary Tribute album is a digital release featuring a variety of remixes of the music heard in the original Xevious by Namco veterans and other composers who have contributed to Namco games. Although the music in Xevious is not copious by any stretch of the imagination, it is interesting to see how the composers re-envision this music. Is this album worth picking up in the end?

The album opens up with “Overture 1983” by Yuji Masubuchi, which introduces the main theme of Xevious. It’s quite short with little arrangement, but the music serves more as an introduction to the original tune heard upon the game’s initial release. The first true remix follows and is titled “Distant Memories” by AJURIKA. As one may expect, AJURIKA takes a psytrance approach to his tune, the style for which he is most known. One thing that I wish was used more in this remix was a stronger presence of the original melody. It is present at times, but can be subdued a bit by the pulsing electronic tones. That being said, I still think it’s a highly enjoyable tune and the incorporation of the various sound effects is quite welcome.

Takeshi Nakatsuka’s “Super Bad Devious” is a fantastic jazz arrangement that also manages to bring a nice funk as well. It manages to bring a nice playfulness to the mix and contrasts nicely with the more electronic focused remixes present on the album. I also like how the original chiptune portion is included as incorporation in the accompaniment and how this tune transports the listener back to a previous era, although a bit earlier than the 80s, which I’m sure the release of the album is meant to do as well. “Jara-1,” by Junichi Nakatsuru, is another funky rock/jazz arrangement. The shining aspect of this tune is definitely the keyboard, electric guitar, and bass work as they really provide a lot of the energy to the tune as well as a nice jam band mentality. Continuing with the funk, Yoshihito Yano’s “Grobda” is a fantastic tune that mixes some beautiful and extremely catchy funky bass line work, the original chiptune melody, and some more modern electronic influence into the mix. From start to finish, it’s a well-crafted remix that manages to impress.

Hiroshi Okubo’s “Fardraut” is another stunning remix. I really like how Okubo modernizes the signature Xevious tune by changing it to a beautiful synth tone that really manages to work as a constant accompaniment to his vocal drum n’ bass tribute. In addition, the ethereal synthesizer and piano accompaniment also present manages to convey a nice dreamy and mesmerizing quality to the tune as well. “Crazy About Zoshi,” by Hiroyuki Kawada, is another vocal arrangement that has a gritty retro rock vibe to it. While the vocal sections aren’t quite as impressive to me compared to “Fardraut,” I really enjoy the instrumental sections as they really bring a nice industrial sound to the original tune and the synth solos are quite enjoyable. Overall, it’s a fun tune, but I find it to be one of the weaker tunes on the album. Another vocal theme, “Phoenix,” by Katsuaki Hirai, definitely has a J-rock sort of vibe, which gives off a fun energy, but it is quite short, compared to some of the other tunes and might not appeal to some listeners. The vocal performance is quite enjoyable though and certainly more powerful and more impressive than the manipulated vocals present in “Crazy About Zoshi.”

“Gump,” by Ryo Watanabe, is another very enjoyable tune. Opening up with robotic vocoder, it quickly moves into an energetic dance tune that incorporates an updated synth version of the Xevious theme. While it can get a bit repetitive at times, particular during the middle section, the core essence of Xevious is definitely present throughout its duration and the tune itself is reminiscent of some of Watanabe’s more recent Nanosweep styles, so fans of those should appreciate this as well. LindaAI-CUE’s “Addor Guileness,” is definitely one of the most unique arrangements on the album and one that shines among the best on the album. It is an extremely epic, industrial tune that has a lot going on. First of all, the incorporation of the Xevious theme into the bass guitar accompaniment is genius as it always has an underlying presence in the tune. In addition, LindaAI-CUE brings in choir, sinister robotic vocals, and epic orchestral hits that really manage to accentuate the ominous and industrial soundscape of the tune.

Katsuro Tajima’s “Sol” is a more organic tune that really manages to bring a more heartfelt approach to the album. It is a very peaceful and stunningly beautiful tune featuring pitched woodwinds, piano, and what sounds like a kunaifu instrument, although I’m not certain on this last part. Regardless, it is definitely a very expressive piece and one that really manages hit on an emotional level. “Tras,” by Torine, is another fantastic remix that blends orchestra and electronic components. I really like the various parts of this album, ranging from the more sinister and eerie synthesizer to the original chiptune elements, and the funky and modern beats. However, what I find most impressive about this tune is the piano and strings elements that really harmonize quite nicely with the less organic aspects of the arrangement.

Yuu Miyake’s “Beat the Gwassher” is another fantastic remix that combines orchestra, chiptunes, and Miyake’s quirky synth style into a fun and upbeat dance tune. Particularly enjoyable is how he manipulates the Xevious tune later as the remix progresses and is very reminiscent of some of his Katamari and Ridge Racer tunes in approach. Another remix that ranks among the very best is “Sheonite” by Taku Inoue. Rather than go for the hard and fast approach like many of his Tekken and Ridge Racer tunes, Inoue opts for a much more beautiful approach that still manages to showcase some of his signature style, particularly which is heard in “Night Falls” from Tekken Tag Tournament 2. The combination of ethereal and bubbly synthesizer tones in the accompaniment and melody line works well in conjunction with the slightly heavier electronic aspects of the tune. Of course, the dreamy interpretation of the Xevious music is also quite hypnotic. Lastly, the album’s last remix is “A Dream within a Dream” by Hiroyuki Kawada. It is another shorter remix that manages to end the album quite nicely with its subdued approach that combines electronic and retro elements. “Over,” by Yoshihito Yano, officially closes the album and is similar to the opening both in length and with its focus on the original retro tune.

In the end, I feel that the Xevious 30th Anniversary Tribute album is well worth the digital purchase. For fans of the Namco sound team and the various guest contributors, each showcases the composer’s signature styles while also providing fresh and interesting takes on the classic Xevious tune. There’s a range of styles from jazz to psytrance, although most of the remixes are electronically focused for those who prefer a more organic sound. If you have a chance, this album is available on iTunes worldwide, so definitely give the samples a listen and see what you think!

Album was composed by Yuriko Keino and was released on January 29, 2013. Soundtrack consists of 16 tracks tracks with duration over more than hour. Album was released by Namco Bandai Games. 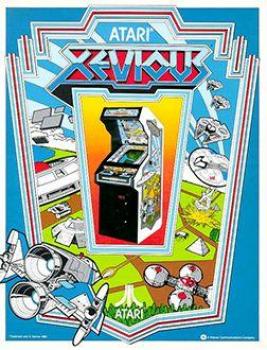