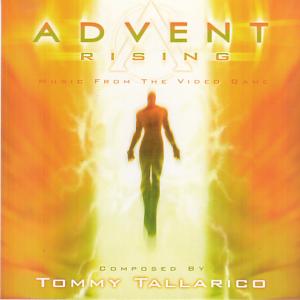 In 2005, Majesco released the space adventure Advent Rising for the Xbox and PC. The game received mixed reviews upon its release, but its orchestral music was nevertheless universally acclaimed. Industry leader Tommy Tallarico headlined the score and offered much of the main thematic and emotional content. He worked alongside more experienced orchestral musicians Michael Richard Plowman, Emmanuel Fratianni, and Laurie Robinson to achieve the finest results. The soundtrack soon became one of Sumthing Else's major releases.

The primary highlight of the album are the four opening tracks. The opener, "Muse", immediately captures listener's hearts. It initially exposes Tommy Tallarico's main theme for the game with a ghostly soprano performance above rich falling strings. It subsequently develops into a lush orchestration, underlied by romantic piano work, that spectacularly culminates at 2:13. Subsequent tracks reinforce the atmosphere and mood of the game, particularly the more intimate "Poeta" and the turbulent "Aurelia". Their hybridised influences are ideal for a game that is half Greek tragedy, half space opera...

The remainder of the score is less spectacular, but still very well-produced. Plenty of the action material would fit well in an epic Hollywood score. Listeners should expect numerous rasping brass cries and racing string motifs, in combination with more experimental and prepared techniques. Though some cues are too short or stereotypical to be of major interest, the dissonant "The Rise of Aurelia", deathly "Seeker Unrest", and dynamic "The Rise of Aurelia" are major highlights. However, the most impacting is certainly "Bounty Hunter", thanks to the weight of the Hollywood Studio Symphony and LA East Studio Choir.

Away from the action material, there are a range of soft moments provided by the various arrangements of the main theme. A particular highlight is the vocal theme, "Greater Lights", featured five tracks in. It offers a mature semi-operatic performance by Charlotte Martin in conjunction with elegaic piano passages and rich underlying orchestration. It develops in such an emotional and natural way that it fully captures a sense of desperation and tragedy at the climax of the game. The soundtrack concludes with an electronic mix of the vocal theme. While conceptually fascinating, it is tacky in places and is bound to alienate some listeners.

Advent Rising featured one of the most accomplished orchestral scores at the time of its release. This is largely since Tommy Tallarico used the exuberant budget available to hire some of the most elaborate orchestrators and competent performers in the industry. Nevertheless, it was Tallarico himself that ensured that the score radiated with such personality and originality. After all, he often the memorable themes and emotional weight that lies at the core of the soundtrack. Even today, Advent Rising stands up well against the majority of orchestral game music out there and remains relevant, due to its continued inclusion in Video Games Live. It comes highly recommended, even for those who didn't play or didn't like the game.

Album was composed by Майкл Ричард Плоуман / Томми Талларико and was released on June 28, 2005. Soundtrack consists of tracks with duration over about 60 minutes. Album was released by Majesco Entertainment Company. 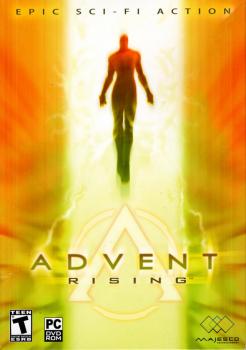