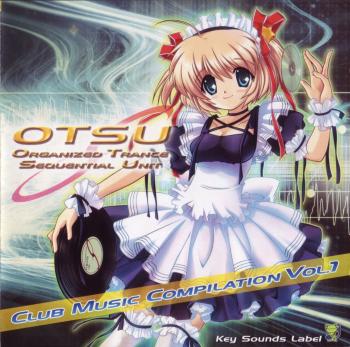 The album's opener "Nocturne" is a good testament to the overall approach of the album. kaede presents the original melody on warm piano lines and synthpads to fairly pleasant effect. Yet he fails to bring any new perspectives to the piece and instead just seems to transfer the formula of writing a trance anthem to a Key melody. While most tracks on the album share this formulaic approach, not all are as faithful to their originals. "Favorite Loop" also has almost no relation to the Tomoyo After original. Instead it shifts through several prolonged sections featuring some beats on a loop — each more tedious and annoying than the last. Perhaps Groovetune was a little too inspired by the track title? Others such as "Shining in the Sky" treat the original melody as a tangent in the middle of the piece and fail to integrate it into the whole.

There are a handful of more enjoyable satisfying pieces here. Tsukasa proves that "Last Regrets" can be enjoyable without the vocals with a hyperactive mixture of pop beats and chip sounds. Also of note, "Kannagi" brings some novelty with its tribal chants, "Return to Ashes" brings a moodier sound to the release, and "Fin" is coated with the elating vibes of mainstream clubs. None of these are great, but should be fairly accessible to the club listener. "Destroyer" and "Close" pretty listenable too, but they sound like they come from a music library, not a game album. "Psychadelic Drive" could have intriguing, since it interprets a piece Shinji Orito made for a non-Key original, Realize. But rather than reflect this novelty, garbageman only brings more trash to the album with his generic psytrance beats.

The release is rounded off by a handful of vocal remixes. "Farewell Song" provides a faithful interpretation of the original vocals above a layer of uplifting beats. However, the bittersweet quality of the original lyrics are lost somewhat by the superficial accompaniment here and only a few interludes ever evoke quite the same emotion. There are better remixes of Air's "Bird's Poem" out there too. While adequate, this remix loses the free-spirited and lyrical nature of the original with its overly segmented structure and bland beats. ZTS' "Blue Skies" is fortunately considerably better. It's driven more by the flow of the vocals, rather than the layering of beats, and features plenty of timbral variation during its ten minute playtime. This remix served a prototype for the fine remixes on the sequel album.

While Key's originals are excellent and the featured arrangers are competent, this isn't a recipe for success in the case of OTSU Club Music Compilation Vol. 1. Far too many of the tracks here fail to make the most of the originals and, what's more, the majority are generic and frankly boring. There's nothing to see here. Carry on, ideally straight to the sequel.

Note: tracks 4 and 5 of disc 2 are wrongly interchanged on the booklet.