Koichi Sugiyama is well known for his orchestral Dragon Quest scores. Before 1986, however, he had already had a lengthy career in TV, film, and pop music. Although the Dragon Quest scores reflect diverse influences from Baroque, film music, big band, and the like, Sugiyama's body of work is wider than most in the west are aware. Sugiyama has composed the scores for a number of Enix's games over the years, although he works exclusively on Dragon Quest at present.

In 1991, a collection of synthesizer arrangements of Sugiyama's music, drawn primarily from outside of the Dragon Quest series, was released by Apollon. The two disc set became relatively rare over the years, even as the Dragon Quest symphonic suites were re-released and re-recorded. In 2010, King Records released a new version of the set, with some additional tracks from 1995's Shiren the Wanderer.

The music here is recognizably Sugiyama's throughout, although the style is much less classically oriented than his work on the Dragon Quest series. The style here is much more pop, and while the synthesizer arrangements are well done, the music would benefit from fullness of an orchestra. A few specific sounds are favored throughout, and electric piano, bass guitar, and drum kit appear frequently.

The first group of tracks is from the Jesus series of adventure games. "Violet Love ~ Two People in a Dream" begins with cascades of harpsichord-like synth arpeggios falling onto a bed of gently undulating flutes and synth pads, answered by a hesitant flute melody. After a transition, an electric piano opens the second half with a simple rising melody. This is repeated by a fuller ensemble complete with drum kit, before the track ends on an unresolved dominant chord. "Shadow of Death" opens with an unsettled ostinato on low synth. A melody of ambiguous tonality is played on top of it, played by various instruments ranging from flute to electric guitar, in increasingly tense repetitions. It needs more variation, though.

From Jesus 2, "Hawaiian on the Deck" is a dull track, its trite melody backed by an equally boring chord progression. The medley beginning with "Standing in the Sky" is the longest track on the set, at nearly eleven minutes. It opens with a gentle melody on electric piano. The second section, "Azure Infinity", has a soft rock feel, and after going through a few iterations (including one on vibraphone) and rising in key, it dissolves into a series of harp arpeggios, which lead into the more melancholy feel of "Those Who are Departed", which Sugiyama describes as imbued with the flavor of an Italian movie score. The opening theme returns at the end in an upbeat light rock variation, and then finally in its original electric piano version. The whole feels somewhat disjointed, despite the symmetry.

The set from Angelus, a horror adventure set in central South America, opens with the mediocre "Love's Sympathy". "Jigsaw Town" is repetitive in the same manner as "Shadow of Death", and fails to retain its tension. On the other hand, "Heterodox Motif", a set of variations on a very simple yet dissonant theme, is much better developed, and the transition from the slow synth dominated first half to the furious piano solo of the second half gives the track as a whole a good deal of momentum. The angular rhythms and tritone-dominated harmonization of this half are seemingly influenced by Messiaen rather than Sugiyama's regular modernist influences, Schoenberg and Stravinsky.

The two pieces from Tetris 2 are unremarkable light pieces, and coming after "Heterodox Motif" only makes them appear more trivial. Only two tracks on this set are taken from the Dragon Quest series: "Requiem" from Dragon Quest II, and "Mysterious Shrine" from Dragon Quest IV. Both are underwhelming choices rendered in lifeless synth choir, and while not offensive, they are not very interesting, either.

In the group of tracks from EVO, the only RPG I'm aware of based on evolutionary theory, "Sorrow" is the clear standout, more because of its meaningful development and excellent use of counterpoint than its melody, although it is a moving piece. Among the others, "Mother Earth (Gaea's Theme)" conjures an evocative atmosphere, but would be better served by development than the enriched repetition found here. "Rich Nature (Village Theme)", on the other hand, is fine as the light confection it is, with the flute ountermelody added on the repeat being a nice touch. "Promonition of Ruin ~ Final Decision" sounds more cheesy than menacing, reminiscent particularly of 80s cartoon background music.

The second disc begins with a series of tracks from Jiro Akagawa's Ghost Train, an adventure game based on that author's mystery novels set in a countryside hotsprings town. "Quiet Morning ~ At the Station" is a set of variations on a theme, first in a calm rendition, then a hurried version, then a jazzy version. "Cheerful Detective" has a latin flavor, while "The Schoolgirl Yuuko" has a pop flavor. "Medley in the Hotsprings Town" is a series of barely connected short pieces of different moods: buoyant, jazzy (in 5/8), sad, and finally calm. It feels pasted together rather than composed. Finally, "The End of Sorrow" is melodramatic and overextended.<.p>

A group of laid back tracks from the Wingman series provides a nice contrast. "Memories of the Summer Sea" has a 50s rock feel. The three tracks from Gandhara are much less enjoyable, their pseudo-Chinese flavor feeling more tacky than authentic. The last of these is at least marginally better than the others.

Conversely, the Japanese atmosphere in the Shiren the Wanderer tracks is much better integrated into Sugiyama's style. The main theme, introduced in "Going to Tabigarasu", is distictive and memorable, and its reappearances throughout provide wlecome cohesion to this section of the set. "Old Path Lined with Cedars" has a bouncing minor key pizzicato line, and the contrasting section bringing in the main theme on clarinet stops the constant motion, providing some rhythmic variation. "Relaxing Street" has a big band feel, although it doesn't use big band instrumentation. "Monster Mansion" sounds much like Sugiyama's other battle themes, but the main theme is cleverly integrated. "Golden City (And the Journey Ended) ~ Finale" juxtaposes minor key statements of the main theme with triumphant major key material, concluding with a slow march. The whole is well integrated.

Finally, a set of tracks from Star Command rounds out the set. "A Toast of Dosnebian Brandy" is a light jazz piece played through a few times on varying instrumentation. "In a Flash" is a failed attempt at dramatic music, again resembling 80s cartoon scores. "Sacrifice to the Soldiers" is a short, funereal piece for brass that should be more solemn than it is. "The Milky Way, Eternally" is an orchestral piece, somewhat similar to the finale of the first Dragon Quest. The melody is strong, but a middle section that feels as if it's going to develop suddenly trails off as soon as it begins and leads to a literal repetition of the preceding section.

There's something distinctly old-fashioned about Sugiyama's style. When writing jazz, he favors big band over fusion or bebop. Instead of the hard rock and metal chords of many video game music composers, he favors more orthodox progressions that give his music less of a spontaneous feel. While this can lead to predictable and dull music such as "Hawaiian on the Deck", in many of the better-crafted pieces here, this deliberative aspect lends the music a richness often missing from video game music. What its instrumentation lacks in surface gloss is made up for in the craft of its melodies and countermelodies.

Nevertheless, there are only a few standout tracks here, and although the whole is well done, the lack of consistency in its disperate styles makes the whole unsatisfying. Koichi Sugiyama - Melodies of Game Music is a good album that is nothing more than the sum of its parts, and while it functions as an interesting snapshot of his work outside of the Dragon Quest series, the lack of an orchestra is keenly felt throughout. The Shiren tracks make a great addition to the 2010 reprint of the set, and despite its weaknesses, it is nice to have something from Sugiyama's extensive back catalog of video game music outside of the Dragon Quest series available.

Tracks 1~5 from Ghost Train
Tracks 6, 7 from Tetris 2
Tracks 8, 9 from Wingman Special
Tracks 10, 11 from Wingman 2
Tracks 12, 13, 14 from Gandhara
Tracks 15~18 from Star Command
Album was composed by Койти Сугияма and was released on December 08, 2010. Soundtrack consists of 32 tracks tracks with duration over more than hour. Album was released by King Records. 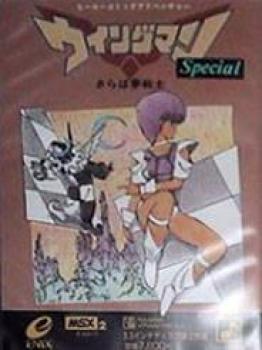 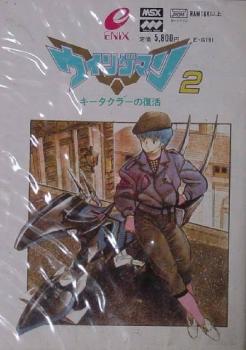 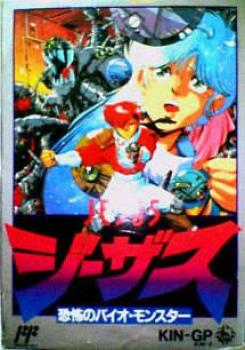 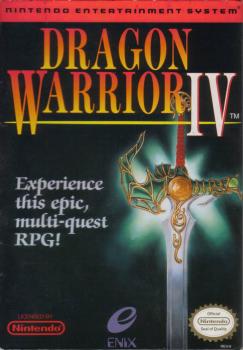 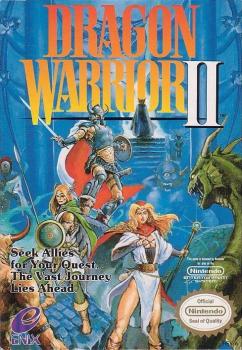 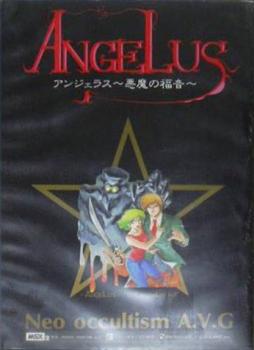