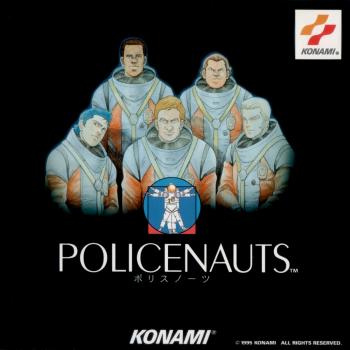 A spiritual sequel to Snatcher and SD Snatcher, Hideo Kojima's Policenauts was an adventure game released in 1994 for the NEC PC-9821 and later ported to the Saturn, 3DO, and PlayStation. Featuring hand-drawn art and voice acting throughout, the game made a large splash in Japan, although it has not been released in any other region. The storyline is science fiction, set in the near future (the mid-21st century) on a space colony. The plot and characters are full of homages, but a particular inspiration was the Lethal Weapon series of movies, and this comes through strongly in the music, supervised by Kazuki Muraoka and composed by a dream team of Konami artists, Snatcher lead composer Masahiro Ikariko and Kukeiha Club veterans Motoaki Furukawa and Tappi Iwase. Heavily layered with funk and electro-pop elements, the soundtrack has a strong retro flair.

Kojima had always aimed to bring games closer to movies in their stories and presentation, and right from the beginning, the score bears resemblance to Michael Kamen's scores for the Lethal Weapon movies. The main theme in "Old LA 2040" has a strong 80s flavor, with its funk bass, saxophone lead, and synth backing. Its light jazz feel reaches its full cheesiness when the keyboard takes a solo over this background and the main theme comes back over warm string pads. It's ridiculous, but well-crafted. The main theme returns quite often, as does a brief vocal interjection heard earlier in the track.

Bits of the main theme appear briefly, as in "Capturing", "First Triangle", or "Dear My Friend". Its appearances are diverse enough to remain interesting, developing with the in-game experience and serving as a hook throughout the soundtrack release. In "Mission 307", a percussion loop and synth pads add heavier atmosphere. "Owl-Cat" features the theme on bass clarinet against string pizzicatos. The vocal sample shows up in the somber "28 Years", accompanied by piano and cello, and again in "Icy Offense and Defense", with a pop orchestral backing.

The diverse styles found in the score are anchored by its overarching pop feel. "Call Your Name" is a J-Pop influenced track with piano melody backed by strings and guitar, while "Girls" mixes J-Pop with funk. "BCP HQ" adds rock to the list of influences, but its organ and bass fit well with the rest of the score. "Lavender" is a lounge ballad, complete with strings and light Latin percussion, while "Ana's Theme" is a straightforward pop song in instrumental form. These tracks are generally well executed, but "My Love" is less attractive, with its prominent drum machine rhythm and dull pop melody.

Not all of the tracks fit into this mould, however. "Embarrassment ~ Murder ~ Shoot For" bears a strong resemblance to Suikoden's war music — Tappi Iwase likely composed them both — but the orchestral bombast sounds odd amongst all of the jazz, funk, and pop music elsewhere. "Stouthearted," with a similar feel, unexpectedly throws in the main theme in all of its sax glory. "Atmosphere in Grey" is a pseudo-orchestral track, while "Domestic Moon" uses analog synths that recall the famous soundtrack to Blade Runner. "Incarnation" features a dialogue between piano in its lowest register and synth orchestra.

The major themes return at the end of the score. The vocals return in funk flair in "End of the Dark," while a weeping guitar plays the main theme in "Karen". The final track, "Policenauts End Title," mixes both of these with Rocky synths and John Williams (synth) orchestra. It throws subtlety out the window, but it makes for a great conclusion to the soundtrack.

Heavily influenced by classic Science Fiction and buddy cop movies, Policenauts was an homage to 80s Hollywood from the beginning, and the score complements this perfectly. Loaded with vintage synth pads and funk bass lines, the soundtrack brings back the feel of the era. As music, it succeeds best when it tries to go all out in cheesiness, as in its opening titles, "Stouthearted," or "Lavender". That said, people who have an aversion to 80s pop may find the whole score anathema.