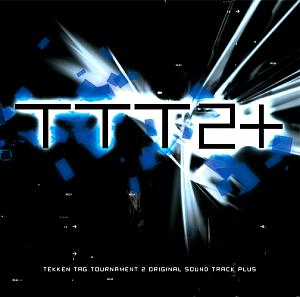 The Tekken Tag Tournament 2 Original Soundtrack Plus features all of the new music that was added to the console version of the popular fighting game. It features the returning composers from the arcade version of the soundtrack as well as members of Supersweep and NBSI sound team to help craft additional stage, menu, and mini-game music. How does it compare to the original arcade soundtrack?

Akitaka Tohyama provides a variety of tunes. “Tekken Tag Tournament Piano Intro -Massive True Mix-” is a different version of the music found on the original arcade soundtrack. It doesn’t differ too much in terms of melody, but the accompanying beats have been altered a bit. “Dawn of the Beat” is one of the weaker tunes from Tohyama on the soundtrack. It has a nice beat and there are portions that do focus on melody, but I find it to be a bit lackluster compared to some of his other contributions for the game. Similarly, “Waiting for the vagabond” is another weaker tune on the soundtrack. It has some really interesting melodic sections, when they appear, that give it a bit more vibrancy, but the beat dominates the majority of the tune and after a while, it can get a bit monotonous. His new stage theme contribution, “Plucking Tulips,” is a fantastic psytrance tune with a ton of energy and featuring a great melody. It is definitely one of Tohyama’s stronger psytrance tunes in the Tekken series.

Nobuyoshi Sano contributes two new stage themes and a menu theme. “Baile de Batalla” is definitely the strongest sanodg tune on the soundtrack. The mix of heavy beats, bass modulation, and flamenco guitar really creates a fantastic fighting environment in the heart of Spain. Of particular note is the soft section that focuses on lighter beats and places a heavier focus on a flamenco guitar melody. “Reflexion” has a sound similar to sanodg’s training stage music from the arcade soundtrack. However, it still manages to engage the listener with its beat and ambient synthesizer in the melody. “Gallery Parallax” is a chill tune that focuses on more of an atmospheric sound with a lounge vibe in the accompanying beat.  It doesn’t’ stand out like some of the other tunes on the soundtrack, but it is pleasant to listen to.

Taku Inoue offers a very diverse array of tunes. “Siga” is a really intense jungle style theme that fits the, you guessed it, tropical rainforest stage for the console version of the game. The best part of the track is the nifty percussion tracks that really help layer the piece and keep it engaging. The melodic section also captures this intensity but doesn’t vary too much. “Your Sunset” is an extremely beautiful tune with a bit of a funk sound; however, the more ambient and ethereal synthesizer that is used really takes the tune to the next level. It’s an interesting blend of tones, but it really manages to work in the end. “Battle Cry,” however, might be my favorite tune on the entire soundtrack. It has this electro-funk sound to that really manages to get your head bobbing. The vocoder samples also help give it a bit of a Daft Punk style sound; however, all the synthesizer tones are uniquely Inoue. I’m not sure of the exact classification of “Virus No. 31,” but it has a great club vibe and some really sharp synth manipulation to create a pretty engaging tune despite having a similar overall vibe to some of the other non-stage themes on the game in terms of a pretty steady accompanying beat.

Keiichi Okabe and Keigo Hoashi of MONACA return to compose two new stage themes for the game and they are some of the strongest on the entire album. “Mystic Force” is definitely one of the best new stage themes on the console version of the soundtrack. It features a great electro beat combined with some stunning strings work and powerful choral passages that make it very reminiscent of the NieR soundtrack, but adapted for a fighting game. “Fantastic Theater” is definitely another unique tune on the soundtrack. The distorted bass beat combines very well with big band brass/strings that dominate the melody of the track, not to include the amazing brass solo. This is a fantastic effort by MONACA and it really manages to stand out among the largely electronic soundtrack.

The rest of the new music for the console is composed by members of Supersweep, former members of NBSI, and current members of the soundteam. Saso’s sole contribution, “stained orange,” features her typical rave style, but it really manages to fit the sunset laden stage theme in the Phillipines and I love some of the synth manipulation that is incorporated into the piece. Energetic and upbeat, it manages to create a fantastic fighting vibe, but would also fit into a racing game just as easily. Shinji Hosoe’s “Glow of the Oil” is a is a heavy tune that features lots of wobbles, heavy bass beats, and this very mechanical nature. However, among the more abrasive electronic elements in the tune, there are some moments where the ethereal synthesizer really helps create a nice break in the tension. It may not be the most melodic tune on the soundtrack, but it definitely fits the atmosphere of the fighting tunes featured in the game. “Specification changes” and “Eternal Ordeal” are other bass heavy tunes with lots of distortion. While they doesn’t vary as much as some of the other tunes on the soundtrack, I do find them to be more engaging than some of the tunes that are used in menus since the melody lines do vary from time to time throughout the duration of the piece. “Wall of Confrontation” follows a similar pattern, but it definitely has a bit more of funky rhythm that really manages to work with the heavily distorted electronic elements featured in the tune.

Yuu Miyake’s “The Big One ~Quiet Strings Mix” is a really interesting blend of beautiful strings work, heavy beats, bass modulation, synthesizer, and vocal samples. There are a lot of elements going on in this piece, but it really does give it a really unique sound compared to a lot of the music on the soundtrack. Yoshihito Yano’s “Landscape under the Ghost -Kaminano (AD2012)” is a haunting remix of the same tune from Tekken 2. It features some beautiful, dissonant piano, lots of eerie choral work, and a nice electronic element. It is extremely chaotic and, in my opinion, an improvement over the original. For fans of the Shadow Hearts series, this one is right up your alley.

The other music featured on the second disc of the soundtrack is music exclusive to the Wii U version of the game, sans the three remixes of the classic Super Mario Bros. overworld, underground, and water stages. Ryo Watanabe’s “Luxury Garden” is a funky electronic tune that creates a very upbeat, disco environment. It doesn’t really vary too much, but it does manage to have a certain charm to it. Hamamoto’s “Mortal Power” is an upbeat electronic rock theme that features vocoder and is very reminiscent of his work on Ridge Racer 3D. “Backers,” “Supporters,” and “Invincible” are all the same tune just at different tempos and slightly different arrangements. They are a nice bonus, but aren’t the strong points on the second disc. Go Shiina composes a few themes as well. “Highschool Love!” is an extremely cheesy vocal theme that seems inspired by High School Musical. However, despite the lyrics, the melody itself is extremely and catchy and the instrumentation is quite solid. The three dead person tunes feature a blend of choir, rock, electronic, and orchestra and are very reminiscent of his work on God Eater and are fairly strong tunes. “SAMBA DE NIGHT” is an upbeat electronic theme with some jazzy saxophone.

The new music for the console version of Tekken Tag Tournament 2 is, for the most part, extremely well composed and fits with the style established in the arcade version. The addition of new composers also brings a new perspective on the stage music. While not all of the music is as solid as the new stage themes, on the whole, it is a very enjoyable soundtrack that fits the fighting genre very well. 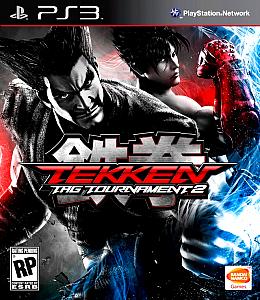