The first two discs of the box set are dedicated to the Parasite Eve Original Soundtrack. Yoko Shimomura's approach to the soundtrack was highly experimental, blending haunting operatic vocals, with creepy ambient tones, pulsing electronic beats, and melancholy piano work. While it could have been terribly received, thankfully Shimomura ensured the soundtrack was still accessible throughout. One way she achieved this was through developing an incredible thematic core for the soundtrack. In particular, "Theme of Aya" dazzled listeners with its infectious piano melodies and feminine synthpads throughout its various renditions, while the orchestrated "Main Theme" manages to inspire so many deep and multifaceted emotions with a simple yet memorable melody. "Se il mio amore sta vincino" and its variants are also breathtaking centrepieces, reflecting the villainous Eve's influence with piercing vocals and lavish arrangements, though the renditions featuring synth vocals will be overwhelming for some.

A further feature of the score is how Shimomura offers many colourful and emotional fusions throughout. "Urban Noise", for example, reflects the urban setting of Parasite Eve perfectly, reflecting the pace of life and the man-made influence with understated ambient soundscapes. However, it somehow manages to be entertaining on a stand-alone level too by retaining rhythmic impetus throughout and melodic memorability in a few sparse fragments. The battle themes are also a major highlight, ranging from the entrancing vocoded "Arise within You", to the operatic techno fusion "Influence of Deep", to the epic multi-tiered final battle theme "U.B.". The soundtrack concludes with full-orchestral rendition of the "Main Theme" and vocal recordings of the operatic themes. The soundtrack does have minor flaws, such as a few repetitive tracks and occasional dubious sampling, but it's largely a rich and entertaining experience for those prepared to venture into something different. It's outstanding, but easy to misinterpret, which is equally the bane and merit of such an unprecedented project as Parasite Eve.

The third and fourth disc of the box set are dedicated to the Parasite Eve II Original Soundtrack. On this soundtrack, there was a transition of composer from Yoko Shimomura to Naoshi Mizuta and an increased focus on dark ambient soundscaping to portray the survival horror gameplay. While the resultant soundtrack is largely contextually functional, it lacks the exuberance, originality, and memorability that makes the other soundtrack featured on the box so appealing. For example, one of the better setting themes, "Ghost Town", effectively represents what it's supposed to, with Mizuta's fingerprint bass guitar use creating a Western feel while haunting sound effects radiate over. Yet it quickly labours its component motifs and features too banal an approach for stand-alone listening. A typical battle theme, "Weird Man", hybridises features of minimalistic electronica and dark ambient music, to create an eerie and dynamic feel in context. However, it is too barren and abstract to be worthy of stand-alone listening and is underpinned by uninspiring ostinato use like Mizuta's other works.

While these examples are typical of the material that dominates the Parasite Eve II soundtrack, there are some highlights on the Parasite Eve II soundtrack. "Ark", for instance, breathtaking blooms during its development and features some gorgeous vocal-infused soundscapes, while "Douglas' Grief" will inspire deep emotions through its beautiful timbres dominated by ethereal synthpads. A few Parasite Eve favourites are also featured, most notably the opening theme in a gritty rock-oriented arrangement. However, such themes are too few in nature to compensate for the endless ostinati and ambient noise featured elsewhere. Extremely derivative attempts at jazz and blues themes, such as "Tower Rendezvous" and "Vagrants", as well as the highly repetitive remixes featured at the end of the soundtrack only worsen the experience. Mizuta generally offers a serviceable accompaniment to the game's scenes, but fails to offer much of stand-alone worth due to his understated and derivative approach throughout. The result will disappoint most fans of the Parasite Eve score.

Square Enix's decision to produce this box set was a bizarre one, given the component soundtracks to Parasite Eve and Parasite Eve II are very different in their approaches. Whereas Parasite Eve is one of the most rich and creative soundtracks to grace game music, its successor is barren, hackneyed, and ultimately disappointing. The deficiencies of the Parasite Eve II soundtrack are only emphasised when compared with its predecessor, as is inevitable when presented in a box set. Some hardcore collectors out there may wish to own both soundtracks, in which case the box set offers decent value-for-money, but those looking for a pleasing stand-alone experience are best of just purchasing the recently reprinted Parasite Eve soundtrack on its own.

Album was composed by Наоси Мидзута / Ёко Симомура and was released on January 26, 2011. Soundtrack consists of tracks with duration over . Album was released by Square Enix. 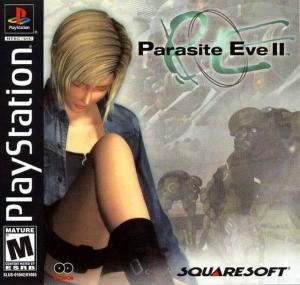 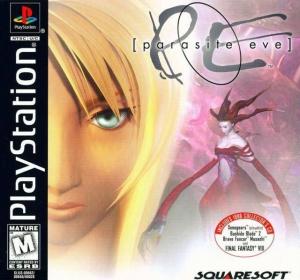