The Songs of Wasteland: Music As Heard in Fallout 3 US Edition 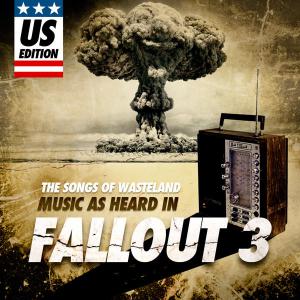 Songs of Wasteland: Music As Heard in Fallout 3 US Edition, The
Лицевая сторона

The iTunes release The Songs of Wasteland - Music As Heard In Fallout 3 commemorates the licensed aspect of Fallout 3. Made up of entirely licensed music, this short digital release features six tracks played from the radio stations in the game. The use of licensed music tracks for this game was ingenious, since most tracks recollect the World War II period when nuclear warfare was a reality. While Fallout 3 was actually set in a post-apocalyptic future, the themes and aesthetics of the game still shared a lot with this period.

Prolific 1930s group The Ink Spots get the most airtime out of everyone featured on this album with three tracks that can be heard in the series. The first track, "I Don't Want to Set the World on Fire" is a quaint track, which features some well-suited lyrics, despite being intended as a love song, and perfectly portrays the desolate landscape set out in the game. Featuring in the teaser trailer for Fallout 3, the song was originally intended to play during the introduction sequence of Fallout, but since Black Isle were unable to get the correct license on time, it was replaced by "Maybe," also by the Ink Spots. "Maybe," a moving piece with a beautiful vocal part, happens to feature on this album too. This track is heard in every game in the series to date: it features as the intro to Fallout, it plays on Galaxy News Radio in Fallout 3, and a character in Fallout 2 sings it in Vault 8.

The finest of The Ink Spots tracks to feature here though is "Into Each Life Some Rain Must Fall," which features Ella Fitzgerald. Much like the other two pieces, it features a simple instrumental backdrop made up from piano and quiet backing vocals. It differs though with its vocals: the spirit and passion Fitzgerald puts into the vocals has a huge impact on the listener, and really, this piece couldn't have been performed this well by anyone else. The other collaboration which has made it onto this album, and quite rightly so, is "Civilization (Bongo, Bongo, Bongo)" from The Andrews Sisters and Danny Kaye. Not a lot differentiates this piece from the others, but once again the piano backdrop is impressive, the vocals are stunning, and it features absolutely everything which should be delivered from this old style of sadly missed music.

Also featured on this album are two tracks from Bille Holiday. "Crazy He Calls Me" is a touching track which starts with a sweeping string and clarinet movement before the vocals are introduced. The ups and downs of the vocal line are inspiring and carries perfectly over the delicious accompaniment provided. "Easy Living" also starts with a beautiful instrumental section; with a jazzy piano and jazz clarinet gliding and interweaving during the first 40 seconds, we are then introduced to a passionate saxophone which rings out another melody. The vocals come in at 1:36 and further highlight the beautiful melody which the track yields. It is so loving in nature that it seems a twisted track to smashing in super mutant's heads to.

In all, this selection of licensed music we hear on this album is enjoyable and touches upon some otherwise forgotten music from the past. It nicely complements Featured Selections from the Fallout 3 Soundtrack to reflect the inspired musical direction. However, it's a little unfortunate that very little of Inon Zur's original music has been released for the game. Evidently, this digital release is principally intended for nostalgic oldies, not orchestral soundtrack collectors.

Here you can freely listen to preview tracks from The Songs of Wasteland: Music As Heard in Fallout 3 US Edition. Album was composed by and was released on May 11, 2010. Soundtrack consists of 5 tracks tracks with duration over about 15 minutes. Album was released by X5 Music Group AB.

Tracks preview provided by iTunes. If you like The Songs of Wasteland: Music As Heard in Fallout 3 US Edition, we strongly recommend to buy it. Support composers, artists and performers so they can release more music in the future. Furthermore, it's inexpensive. This album costs only 6.99 USD. Prices and shops where you can buy it are at the right column. 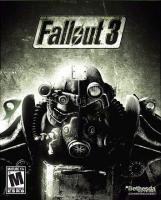 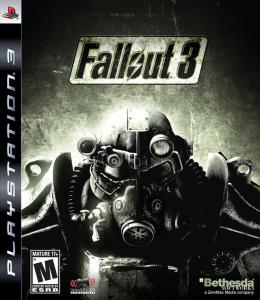 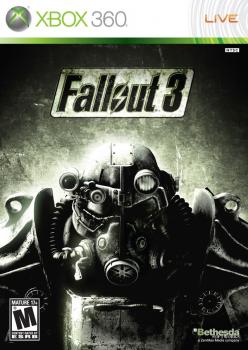