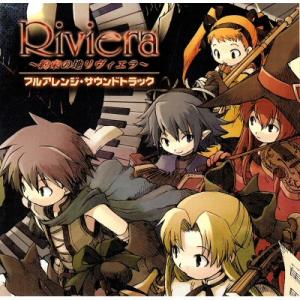 Riviera -The Promised Land- Full Arrange Soundtrack is truly a great arrange soundtrack, but a bit worthless at the same time when it comes to owning it. The more recent Riviera -The Promised Land- Perfect Audio Collection Plus has all these tracks plus two other versions of the soundtrack. Now that that is out of the way, I'll just review it from the perspective of the original release. Though it was Minako Adachi and Shigeki Hayashi's first soundtrack, Toshiaki Sakoda Minako Adachi arranged it.

All the instrumentation is spot on, though it isn't as acoustic in parts as I would expect. It's especially fun to hear those more energetic tracks that the Game Boy Advance simply didn't do as well. It's cool to hear the quirky tracks like "Picnic" come to life also. There are tracks like "Time Passes", which is solely an acoustic guitar, that you just couldn't get the same feeling out of in a Game Boy Advance or WonderSwan Color game.

You also will find level tracks such as "Underwater City Tetyis" or "Mireno Basement Cemetry", which have more of a synthesized Castlevania-esque feel to them rather than something more orchestrated like "Time Passes". It stays true to the source in that sense and feels a bit old-school. It would have been fun to hear a little more realistic sounding instruments. And "Time Passes" is very nice in its classical guitar simplicity, by the way. It's also fun to hear the use of the electric guitar in "Destiny" and especially "Fierce Fighting"; some of those little touches can really let you know who the composer was.

Only a few tracks have that Castlevania feel to them. Others are very great for their energy. Some just stand out for other reasons like "Elendia, The Forest Spirits". This track is very magical, was brought to life beautifully. It gives off a feeling of swiftly floating through a forest full of glowing fantastical flowers and what have you. I think it was a very nice example of a good arrangement. But I think most of the tracks I mentioned were some of the better ones. Not all were perfectly brought to life. "Overture" gave me a pretty poor impression at first; the orchestra wasn't exactly realistic and that's really what this track need, as it has no details nor was upbeat enough to receive extra energy.

I wouldn't recommend this simply because there is a better album out there (besides getting it for collection purposes). In the end, it's still an arrangement of the top Dept. Heaven soundtrack and, based on those arrangements alone, it's still an above average video game arrange album. It keeps the spirit of the music but brings it to life. Well, not all of it is perfectly brought to life.

Album was composed by Минако Адати / Сигэки Хаяси and was released on April 08, 2005. Soundtrack consists of tracks with duration over more than hour. Album was released by digi+momo. 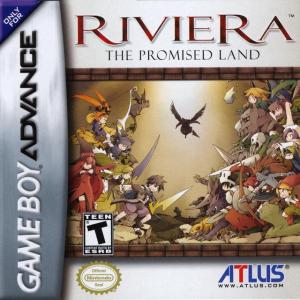