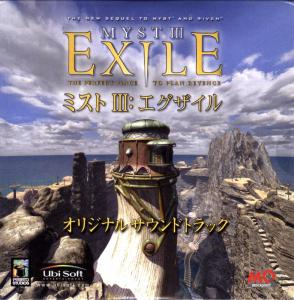 After Robyn Miller departed from the Myst franchise, he was replaced by a then-unknown composer, Jack Wall. The Myst III: Exile soundtrack took a different approach from its predecessors with his dramatic use of symphony orchestra. Eventually it received a soundtrack release to serve as a companion to the game. The music in the game can be easily heard, and, if you've played the game, you can really see where the music is placed in the game while listening to it. The soundtrack is a perfect complement to the game, both haunting yet uplifting, and also serves as a strong stand-alone listen.

The soundtrack opens with an extended version of the "Main Theme". It's not used in the game in place of a shortened version at the end. It is a magical composition with its blend of orchestra, chorus, and ethnic instruments, but overly labours a rather simple melodic idea. While not personally appealing to me, it still serves as a powerful introduction to the soundtrack. "Opening Titles" is a shorter version of the main theme with a slightly different instrument mix. This is heard at the beginning, and you can definitely tell where Atrus is supposed to be talking, because that part is just repeated verses.

"Saavedro's Theme" and "A Heartbeat Away" are mainly heard while searching for a way to get into the observatory. The former is particularly effective, using percussion, ethnic instruments, and electronic overtones to give a tense, echoing, yet almost serene sound. "Theme from Amateria" sounds quite ambient too with its heavenly choral overtones, but it's quite strong too. It beautifully complements a vision of the purple clouds and ocean with the red pagodas and the store. Used when solving the final two puzzles in Amateria, "The Wheels of Wonder" is very haunting and my favorite piece in the game. The wailing quality of the ethnic instruments works well against the minimalistic percussive backing.

One of the most impressive features of the soundtrack is how Jack Wall often creates powerful imagery even outside the game. "The Forest and the Swamp" seems ideal for depicting emerging from the darkness into the sun. It doesn't feature much of a melody in the tradition of the series, but the background sounds achieve a subtly elating sound. "Theme from Voltaic" is almost haunting in comparison despite its increased melodic focus. There are many background noises that definitely make it sound like the Energy Age, although a few were superficially chosen. The background singing just adds to the atmosphere while a few elements also give a bit of dynamism to the gameplay.

Many of the Narayan themes are a lot like each other, and they're hard to place in the game. "The Confrontation" is used during the confrontation of Saavedro on Narayan. It almost sounds blank without the talking, but it's still a fitting piece of cinematic underscoring. "Let Me Go!," "You've Been Followed," "Into Oblivion," and "All is Lost" are haunting, with a feel of despair and anger, and it bothers me that I cannot place these in the game. The album ends with "Exile", a modern vocal theme featuring emotional vocals from Cindy Wall and dark electronic backing. While it doesn't add anything to the game experience, it's still a pleasant track.

To finish, Myst III Exile - The Soundtrack is a great buy, especially if you have played the game. Jack Wall was a strong choice of composer, since he brought dramatic potency to the series with his use of orchestra and plenty of strong moods and imagery with his ambient soundscaping. The soundtrack doesn't feature everything from the score, but it's largely a cohesive listen and there are even a few bonuses flanking it.

Sounds like Classical, Electronica, Ethnic, New Age - that's what we can say about this album. 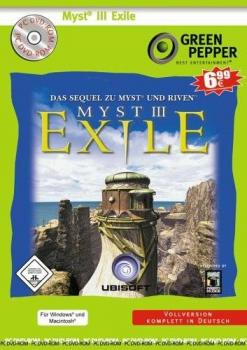 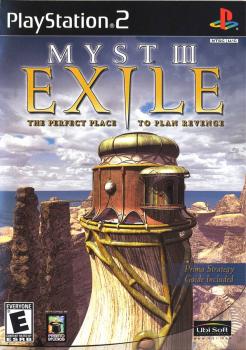 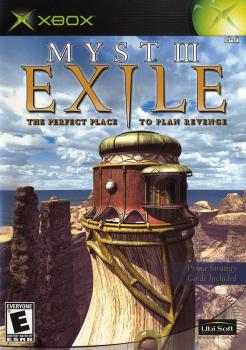