Coming from the same company that brought us Kunio-kun and Double Dragon, U.S. Championship V'Ball is a slight departure from what Technōs Japan normally produces. While still being an over the top sports game (in this case volleyball), V’Ball does not feature this same deformed art style that Kunio-kun featured opting for a more “realistic” look. The game was originally released for arcades in 1988, and later ported over to the NES. The music was handled by Kazunaka Yamane, best known for composing for the Double Dragon series. Around the time of the Famicom release, an album containing arranged tracks from the game was released. Does this rather obscure game shine through with its music?

The album opens up with an arranged version of the game’s title theme “V'Ball (Title Back)” as a 1980s rock techno piece. Although similar in style to the Kunio-kun remix album, this theme undoubtedly features better synth and mixing. The use of electric guitar makes this piece shine through and the synth, while some may consider outdated, is actually not half bad. The real highlight, though, is the electric guitar with its jamming solos. “First Wave (Daytona Theme)” has some rather strange mixing choices. It starts off briefly with the original 8-bit synth, and then goes into the arranged version. This wouldn’t be a problem except that the 8-bit portion is way too quite in contrast to the rest of the piece. The arranged portion, though, is quite enjoyable. The synth and electric guitar are perfectly mixed together forming a fun and enjoyable arrangement. Honestly, I don’t see why the 8-bit portion was included.

“Twilight Game (New York Theme)” is not a rock piece, but a smooth jazz piece. The delicious saxophone solos are a joy to listen to, and the synth and drum kit adds fitting background. “Sea Breeze Hero (Chicago Theme) -Female Vocal Version-” returns to the rock/techno, but is paired this time with strong, yet playful vocals from Yoshihiko Ando. Some orchestral flair is thrown in halfway through. “$1,000,000 Night (Las Vegas Theme)” is exactly what one would expect from Las Vegas: jazzy music to go along with the city’s casino theme. It starts off with flute and bass, and is later paired with a female chorus. Another lovely saxophone solo comes into play towards the latter part, and takes the piece to its conclusion. “SeaSide Walker (L.A. Theme)” is a wonderful acoustic piece that blends Spanish guitar, electric guitar, keyboard, and techno synth to paint a picture of sunny Los Angeles beaches.

“Beyond the Sky (Hawaii World Cup Theme)” is a calmer, mellower theme. That being said, I still couldn’t help but feel slightly bored by this track in comparison to the rest of the high-powered rock and jazz tracks. “Iron Wing (Aircraft Carrier Theme)” is a jazzy arrangement of faster tempo techno synth and smooth saxophone. “Big Red Attack (U.S.S.R. Match Theme)” again uses the original 8-bit soundtrack before its arrangement. The arrangement itself is a fast-paced frenzy of techno and rock fusion. The ending utilizes sports commentator announcers, as if the listener were at the volleyball game. After another short round of the 8-bit soundtrack (though this time it’s more balanced with the arrangement), we get to the rest of “Winner's Theme (Championship Scene)"  the final track. It's probably supposed to be like a sad and lonely blue jazz piece, but I feel that it comes off as a bit cheesy.

I was quite surprised by this album. Going in, I had no idea what to expect. Once I was done listening, I was pleasantly surprised. For a video game music album released in 1990 for a rather obscure title, the production values are quite high. It is fantastic that live instruments were used, and the mixing is pretty decent. The album isn’t without its problems though. The poor use of the 8-bit synth was not at all needed and some songs may feel outdated to some. What it does get right is the use of different musical styles like rock, techno, and jazz. If you’re a fan of those styles, than this album should serve well as a decent listen. The downside though, is that this album is really rare went out of print years ago. There’s only one release, and I doubt that it will ever be re-released again. Good luck finding it if you can! 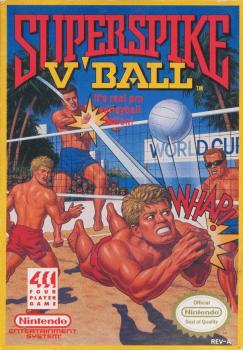 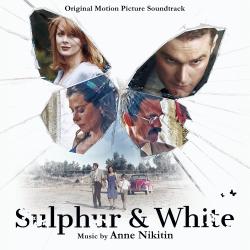