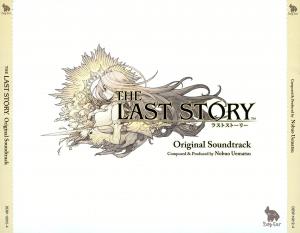 Released in Japan in January 2011, the Wii's The Last Story is the long-awaited new title developed by Mistwalker that continues to await an overseas release. Like all their console works, this latest entry is composed by none other than Nobuo Uematsu, famed for his work on the Final Fantasy series. However, in contrast to the conventional RPG scores for Lost Odyssey and Blue Dragon, the composer took the score for The Last Story in a much more Hollywood-inspired direction. Early reactions to his score, as heard in the game, have been mixed partly as a result. Spanning some three discs, how does the full retail release stand?

The title track, "Theme of The Last Story," reflects the serious mood that is conveyed throughout the soundtrack. It starts off rather moody, with long, drawn out chords on the strings. The thematic material doesn't begin until over a minute in, at which point the piece flits from theme to theme in a dramatic manner. In total there are three short themes presented, with the second being repeated at the conclusion of the piece. The themes are each individually quite enjoyable, but having them all presented at once along with sudden transitions between them is a bit jarring. Their treatment here will also prove divisive, given the tracks are orchestrated in a Zimmer-inspired manner by GEM Impact's Yoshitaka Suzuki. On the one hand, this brings a genuine filmic quality and top-notch production values to the game that Uematsu's previous scores have lacked. On the other, Uematsu's fingerprints and personality are somewhat lost with this derivative scoring approach. The final theme is impressive, but perhaps not fitting for Uematsu or Nintendo.

In line with the main theme, there are a good number of cinematic orchestrations featured through the course of the score. To introduce the score, "Is This the Path of the Just" is a march with a bittersweet melody and dramatic undertones. Suzuki's hybridised orchestrations here are clearly inspired by Remote Control Productions' military staples, though Uematsu's personality is reflected by the simple yet expressive quality of the central trumpet melody. Sounding like another stock cue from Zimmer's library, "Authority and Influence" is a bombastic war theme featuring staples like booming brass, urgent strings, and dark interludes. Many listeners will enjoy this sound, which is implemented in a better way than most cinematic rip-off soundtracks, but it will be too bland and derivative to please most of Uematsu's followers. "Awakening Disaster" is the exact opposite, being an enjoyable action-packed track that doesn't let up. "Conspiracy" is another dramatic yet divisive piece, which shifts from an ambient electro-orchestral segment into an increasingly dissonant orchestration.

Away from this bombastic side, Uematsu offers a number of softer setting pieces on the soundtrack that show considerable artistic flair. "Tone of the City" is a soothing piece with delicate percussion, string and flute work. It starts off rather slow, but picks up soon enough, and by the end the listener is holding on for the next note. It's with pieces like these that the production values of the soundtrack really shine, with the solo flute and clarinet passages resounding beautifully over the high quality string samples. "Ruli Castle" meanwhile is reminiscent of Lost Odyssey's "Capital of Uhra" thanks to the harp arpeggios, though the overall composition is far more peaceful. "Lost Time" is pleasing, with well placed chromaticisms, though it doesn't build up to a satisfying climax. "The Other Side of Oblivion" is quite similar, featuring a smooth beat, increasing in volume and complexity slightly until a melodic, cinematic conclusion.

One of the solo piano tracks on the album, "When Hearts Connect" starts off with some soft chromatic arpeggios, yet quickly develops into a thoughtful melodic exploration. The synth and reverb effects add a nostalgic quality to the composition, while the pauses between the phrases enhances the contemplative feel. The beautiful waltz "With Exictement in the Heart" and nostalgic chamber piece "Bathed in Light" are also highlights, but are disappointingly short due to their placement in the game's cinematics. "Just Being Near You" compensates with an achingly wonderful theme, utilizing the flute, strings and choir to great effect. The synth it utilizes causes one to envision a starry sky to great effect. Likewise "Bonds" is a very gentle piece showcasing the violin, with a guitar accompaniment. This focus on individual instruments grants a rather personal feel to the piece, which turns it into something mournful, yet not overbearingly so. "New Days" is a softer, more dramatic rendering of the theme that builds thematic continuity during the game.

However, the thematic centrepiece of the soundtrack is "Toberu mono". Introduced in an instrumental rendition during the first disc, listeners will surely recall Uematsu's older works with its very strong melody and sentimental flavour. The interplay between the violin and flute is quite well orchestrated, and the development is consistently interesting. The vocal version, "Toberu mono," starts softly, with the vocals being nothing more than gentle 'ahhs.' Soon enough the vocals proper start and showcase the semi-operatic talent of Guin Saga returnee Kanon. Arranger Yoshitaka Suzuki also ensures the instrumentals are interesting throughout, shifting from slow string portions into more military portions towards the conclusion. It's considerably more mature than Uematsu's Lost Odyssey ballads — more closely resembling Zimmer's vocal themes on Black Hawk Down and Gladiator — but doesn't lose his melodic flair and personality.

Uematsu enhances the diversity of the experience with a number of unique themes. "The Pub" features, of all things, an Irish Bouzouki, which lends the piece a very homely and pleasant atmosphere. A guitar is introduced at the piece's halfway point, when the melody reaches an enjoyable conclusion, reminiscent of pieces from Final Fantasy IX. Featuring some extravagant saxophone improvisations, "Being Congenial" is an uplifting if ultimately derivative jazzy number that seamlessly blends into the background. Among the more ambient tracks on the album, "A Lurking Presence" continues Uematsu's trademark of producing unsettling themes built around augmented chord progressions. However, it exceeds most of his past offerings with its use of a central fiddle performance and some cinematic segues from Suzuki. "Fallen Nobles" is equally unsettling, using the harpsichord to denote an air of old royalty. A flute flits in and out helping to support the wonderful melody. "Declining Nobles" uses the same melody but forgoes the harpsichord, opting to replace it with some slightly warped percussion to more melancholic effect.

There is also a great variation of battle themes present. "Order and Chaos," the regular battle theme, features a memorable melody evocative of the main battle theme in Lost Odyssey. However, the arrangement and implementation is much more robust thanks to Suzuki's talents. It is introduced with a frantic string cluster, yet soon develops into an orchestral piece with an electric guitar in the bass. A fun little choir motif is thrown in as the piece transitions to loop back to the beginning. "A Mad Dash" incorporates themes from the main battle theme, though is too randomly boisterous to be terribly enjoyable. "Evil Beasts" is the game's regular boss battle theme and it is more generic a battle theme than the other presented on the album. In fact, there's a substantial influence from the Metal Gear Solid series here, which arranger Suzuki has previously contributed too. There's a recognizable melody present, but the focus is more on the instrumentation and discordant transition material. Again, it's dramatic, immersive, and well-produced, but a little lacking in individuality.

"Invitation to Madness" is one of Uematsu's most unique and enjoyable battle themes. Using the melody from "Fallen Nobles" and "Declining Nobles" as its base and adding an electric guitar, this piece is a pumping, well written accompaniment to a climactic battle. "Dance of Death" is a raw heavy rock theme, bringing to mind Final Fantasy VII's "Those Who Fight Further," though the melody isn't as catchy or memorable. Talking of familiar-sounding pieces, "Bout of Arena ~ Battle Banquet" resembles Final Fantasy IX's "Vamo' Alla Flamenco" with its Spanish influence. It focuses on virtuoso violin segments at first, though the melody as the piece continues is perfectly serviceable. "A Regal Personality" has a lengthy cinematic opening before developing into a battle theme proper. The theme is outwardly serious and dramatic in tone, though features a rather humorous motif in the brass.

The game's final boss battle theme, "The One Who Rules All," is a curious experiment that succeeds and fails on several levels. The piece opens with a droning, chilling voice, not unlike in tone to that of a Buddhist chant. The voice mentions concepts from the game, slowly becoming more warped over its minute and a half playtime, before a bombastic, heavy rock motif reminiscent of the composer's previous greats takes the listener by pleasant surprise. While the beat and accompanying orchestration are lovely to those who appreciate this type of heavy sound, the melody is, unfortunately, what is lacking for the piece's first half. Being a warped electronic variation of the theme present in "Bonds," the piece doesn't feel as wonderfully dramatic as Uematsu's past, similar efforts, regardless of how appropriate the usage of this theme is from the game's context. After an enjoyable synth transition phase, the second half of the piece begins. The melody here is almost vacant, instead opting for a heavy rock base upon which is overlayed the voice which opened the piece, along with odd, disconcerting screaming noises. This is truly a piece that will split fans, though it is likely that most will settle themselves into the disapproving camp.

The sad and dark emotions featured in "Is This the Path of the Just" are resolved in another march at the end of the soundtrack, "You Can Hear the Cries of Joy". This is a comparatively simplistic piece with a happy melody and bombastic orchestration. It isn't terribly impressive, resembling many of the tracks from the Elvandia Story soundtrack, but there isn't much to dislike about it either. The parallels and contrasts between this marches certainly helps to resolve the game and soundtrack dramatically. The third disc concludes with three tracks not featured in the game. "In the Middle of a Dream" is interesting though short, while "Conflicting Impressions" is a fulfilling but unexpected jazzy arrangement of the secondary theme "Bonds". The humorously named "Meowmeowmeowmeowmeow~" is a simple little synth piece with 'nya' vocals, perhaps inspired by the Monster Hunter series. It's an odd gimmick to close the album with.

The Last Story Original Soundtrack is Nobuo Uematsu's most cinematic album. A good third, if not half, of the soundtrack are similarly sounding orchestrated themes that will divide listeners. They are decently arranged, richly implemented, and intelligently incorporate some of the game's most prominent themes, bringing them on par with many film scores. However, they will ultimately prove uninteresting for those used to Uematsu's more personal and direct works, having more in common with Metal Gear Solid 4 than Final Fantasy VII. The rest of the album is more akin to the composer's typical style, but of these, not many are particularly endearing, especially given his past record. That said, there is yet a very good chunk of enjoyable material that will please any fan of his work, particularly some of the battle themes and more softer contemplations. That said, the album is stretched thinly over three discs and the derivative stylings are perhaps too abundant to sustain the album's considerable length.

All music composed and produced by Nobuo Uematsu 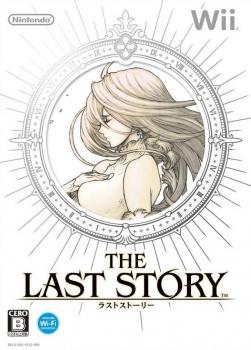