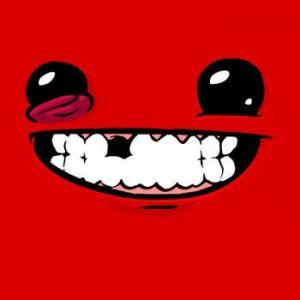 In 2010, indie developers Edmund McMillen and Tommy Refenes took the games industry by storm with their novel and acclaimed platformer Super Meat Boy. Danny Baranowsky captured the contrasting levels and manic gameplay of the title with a score that blended contemporary, retro, and orchestral elements. He previously created a short score for the predecessor Meat Boy and fleshed out many of these pieces on Super Meat Boy. A limited edition retail edition of the game was released for PCs during April 2011. It included a bonus soundtrack featuring a number of originals and arrangements, though many of the favourites from the main soundtrack are not present here.

The title track is too brief to be of interest, but introduces the rock emphasis featured throughout the rest of the soundtrack. The tracks labeled with light world, such as "Forest Funk", feature cheerful and exciting melodies. The drums are the most effective, as they add to the pace in the game and pump the adrenaline needed to play faster. The word faster is one of the keywords in the game, as it's necessary to beat the fastest times in order to achieve the A-grade. The other interesting thing to note about these tracks is how they relate to the featured worlds. For example, "Betus Blues" maintains the cheerful spirit of the soundtrack with its rhythmic percussion and catchy melody. Yet it also stays true to the hospital environment of Chapter 2 with its eerily echoing strings. Meanwhile Chapter 4's "Hot Damned" captures the descent to hell with its death metal stylings and shredding bass lines.

Likewise, the boss themes are definitely fast-paced fusions of styles. For example, "The Battle of Lil' Slugger" combines drums 'n' bass elements with a memorable melody to create a track that is exciting and heroic. "Fast Track to Browntown" is also featured here and emphasises electronic stylings more. Finally, Chapter 6's "Carmeaty Beauty" is definitely the top track, as it features both heroic and suspenseful vocals mixed with even more powerful string melodies. It really adds an epic tone to the end of the game. The ten track selection concludes with the likeable music for the end credits. Keep in mind that a lot of the tracks from the main soundtrack have been omitted here, including the dark world themes, the retro renderings, and the cinematic orchestrations. As a result, this is anything but the ultimate version.

This soundtrack also includes several remixes by veterans of the doujin scene. Mattias Häggström Gerdt brings out the funk in "Forest Funk" with a distorted slapped bass and compelling electronic frills. Another highlight is George Dziov's extended metal remix of the title theme, while C418's "Meatcraft" takes listeners through all sorts of soundscapes in an awesome, catchy way. There is also "Power of the Meat", a pop ballad remix of "Forest Funk" and "Betus Blue" by Josh Whelchel and Melinda Hershey. The lyrics are funny and relate to the game, telling the story of Meat Boy to a very catchy tune. Only five of the seven remixes from the full soundtrack are featured here, though Danny Baranowsky compensates by offering some exclusive piano arrangements of the main level themes. While straightforward, these capture the charm of the original on the piano.

There's no doubt that the Super Meat Boy soundtrack is an impressive achievement. However, this retail bonus is not the definitive version given it omits many delightful originals and a couple of remixes from the main release. Listeners are better off sticking to either the two disc physical release or the condensed digital release instead.

Via Ripten....
Показать
03.03.2011    1401
Album was composed by Дэниэл Барановски and was released on April 2011. Soundtrack consists of tracks with duration over more than hour. Album was released by Team Meat. 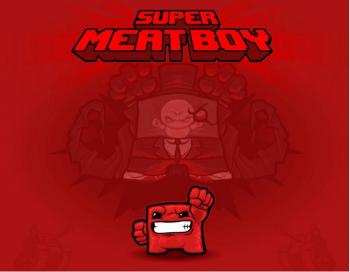