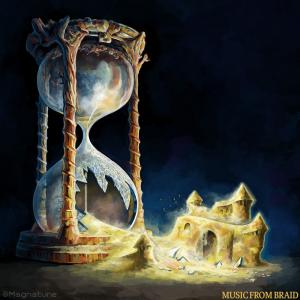 Braid may be well known for it's ingenious time traveling puzzles, but it's equally popular for its defined aesthetics throughout the game play, art, story, and music. The game creator, Jonathan Blow, licensed tracks from new-age Magnatune musicians, Cheryl Ann Fulton, Shira Kammen, and Jami Sieber. Although they are licensed tracks, they couldn't be more fitting. The results were eventually released digitally. Let's take a look at one of the most relaxing, dreamy, and hauntingly atmospheric video game soundtracks on the market.

Although all of the tracks work beautifully on their own, Shira Kammen's material is the most accessible. "Downstream" manages to be one of the most beautifully relaxing and, at the same time, stimulating video game pieces I've ever heard. It's a violin and acoustic guitar piece that is guaranteed to make you feel peaceful. The melody is simply as smooth as silk; it's extremely atmospheric but not to the point where it's not musical. The gradual transition to darker elements can really mimic the game's story. The slight percussion and accented eerie violin harmonies make the darker parts work amazingly also. It becomes a bit Celtic even. It ends up being a dark and frightful piece, yet still peaceful by the conclusion. I would recommend this to anyone even if they never touched a game in their life. Plus, it worked beautifully in the game because it just sounds so great backwards. "Lullaby Set" is equally great and works in the same way. The crescendo of the violin in the beginning is wonderful and then the violin just carries the melody through out. Pleasant stuff.

Jamie Sieber's material really completes the feel of Braid. Depending on your attention span when it comes to music, you may get turned off some of Sieber's slower atmospheric pieces with out the game to play. "Tell It By Heart" and "Long Past Gone" are sort of the same piece in that they share the same creepy guitar line. I think anyone can appreciate the amazingly atmospheric art that's been created here. It all really truly makes you feel something, but it is never intrusive to the game play. It melds seamlessly with the story and art. Other tracks like "The Darkening Ground" and "Maenam" certainly do the job and it do it beautifully, but are very slow, quiet, and atmospheric pieces. Maybe they are something to listen to while meditating or sleeping though you probably don't want nightmares. The majority of the album is Sieber's work, but even if you don't like the sound of the darker, more sinister, pieces, I'd still say it's worth it for Kammen and Fulton tracks.

"Undercurrent" is probably the most dark and also upbeat track on the album. There is a surprising use of percussion, mostly bongos, and synthesizers, though they only add to the atmosphere. This is definitely one of Sieber's best. "Romanesca" meanwhile is the only track by Cheryl Ann Fulton and really does sound a bit different than the rest. It's the complete opposite of "Undercurrent" really with a a sort of "medieval courtyard during a spring afternoon" sound. It's definitely the most simple of all the tracks using only a harp. It has its place though, and is very enjoyable.

One of the coolest aspects of the in-game score is that you can play any track backwards and it sounds great! If you have ever played Braid, then you'd know that going back in time during levels makes this happen. This is one thing you won't be getting on this soundtrack, but it isn't like it hurts it any. It's just one way that the music is so great in game, and that's just as important as standing on its own.

That said, a perk of the already stunning digital release is that it comes with extra remixes, which are actually pretty cool. Some may find there to be a lack of tracks in the end, but this is just one of those games that is short, but polished to perfection. There may be ten tracks, but it's a solid album with no duds or fillers. And it's a soundtrack to a downloadable game, not a normal priced game. It's the top of the line for its class and has shown how downloadable content has let more great indie developers into the fray. It's one of those soundtracks that even metal heads could appreciate. Speaking of that, if I was forced to compare this to one other thing out there, it would be the Metallica cover band, Apocalyptica.

To summarise, the sparsely orchestrated Braid soundtrack is relaxing and provides atmosphere that can be serene, solemn or even sinister. It's heavy on the violin, but manages to stand out easily with the sound, composition quality and every fine aesthetic detail. And yes, some may find these aesthetics a bit pretentious, but I'd like you to find me another DC video game soundtrack that does what this one does. Even if there is something better out there, if you hate this game, or you just hate quieter music, I dare you to listen to this soundtrack and not find one pleasant thing about it. You can take a free listen to every track on the artist's website and also purchase a download.

This album presents all the music in the game "Braid."

In addition, the musician Jon Schatz has contributed two remixes of songs by Jami Sieber, with the style of the remixes being inspired by the timeshifting that is a fundamental element of the game itself.

The music in the game is licensed from Magnatune and the Braid Blog lists all the sources.

Sounds like Classical, Early music, Folk, Instrument - that's what we can say about this album. 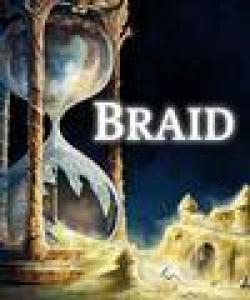 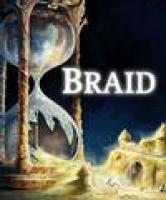 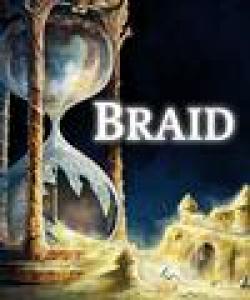 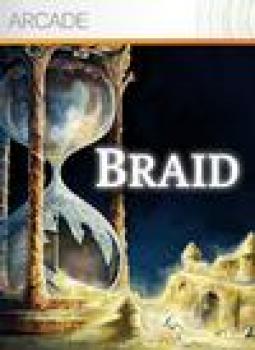