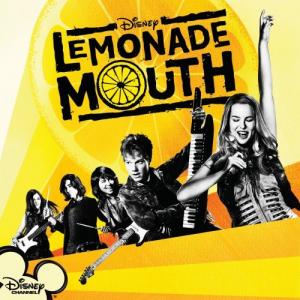 Themes of "believing in yourself," "following your dreams," "celebrating family" and "staying true to yourself" are explored in the triumphant, music-driven "Lemonade Mouth," a Disney Channel Original Movie based on the book of the same name. The movie's soundtrack features original songs spanning hip-hop, rock and pop/rock. Get ready to dance and sing.
"Lemonade Mouth" introduces an unlikely ensemble of five students -- Olivia, Wen, Stella, Mohini and Charlie - who, after meeting in detention, gradually realize their shared musical connection and belief that it's time for the students of Mesa High to stand up and be heard on things big and small (ranging from the school Principal's exclusive support of the athletic programs to the removal of the popular organic lemonade from the cafeteria). Ultimately, as they open up to each other and form friendships, they start a band -- Lemonade Mouth --that soon resonates with students sidelined by the high school elite. However, not everyone in the school is ready to cheer them on, especially since the popular rock group Mudslide Crush is determined to maintain their headline status and win the coveted Rising Star music competition at Mesa High. Hear music from both bands on this new soundtrack!
The movie and soundtrack showcase a remarkably talented cast led by popular stars of Disney Channel hits: Bridgit Mendler ("Good Luck Charlie"), Adam Hicks (Disney XD's "Zeke and Luther"), Hayley Kiyoko ("Wizards of Waverly Place"), Naomi Scott (Disney Channel UK's "Life Bites")and newcomer Blake Michael. Also starring are: Nick Roux ("The Suite Life on Deck"), Chris Brochu ("Soul Surfer"), Tisha Campbell-Martin ("My Wife and Kids")and Christopher McDonald ("Boardwalk Empire").

Album was composed by and was released on April 12, 2011. Soundtrack consists of 10 tracks tracks with duration over about 30 minutes. Album was released by Walt Disney Records.