Tales of the Abyss Original Soundtrack 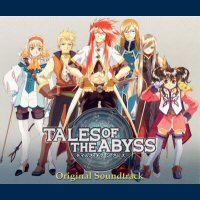 Tales of the Abyss is a very special game, for a few reasons. One, the release of the game marks the 10th anniversary of the very first game of the series, Tales of the Phantasia. Two, it is also the first 'Tales of' game to use fully streamed equipment for the musical compositions. Traditionally, Tales of the Abyss is like any other 'Tales of' game, focusing on gameplay rather than story. After the diversion of Tales of Legendia featuring Shiru Masaru, the composers who have consistently contributed to the series, the immensely popular Motoi Sakuraba and the somewhat mysterious Shinji Tamura, are back and better than ever. However, they are joined by Motoo Fujiwara, the frontman for the Japanese band, Bump of Chicken, who composes a little for the score.

For starters, like a traditional 'Tales of' game, the composers and what tracks they composed are not included in the soundtrack's liner notes (with the exception of Fujiwara whose tracks are credited). This is annoying, especially considering that Fujiwara gets a whole page with the production credits of his tracks and Sakuraba and Tamura get nothing. Thankfully, each composer's tracks can be easily determined due to the following factors: all composers have different styles, and all composers have different sound equipment. We can discover Sakuraba's tracks due to his traditional brassy style (with operatic vocals and maybe a piano as lead) and tendency to reflect progressive rock influence. He also uses the best sound equipment of the three. Tamura has a fairly ambient and progressive style while his tracks are mostly upbeat. His equipment is somewhat basic; the drums and percussion is always the dominant sounding instrument but don't have the smooth sound that Sakuraba's equipment has. As well as already knowing what tracks Fujiwara did, he has sound equipment that ranks somewhere in between Tamura and Sakuraba. It's clear and pleasant sounding on the most part, but the instruments all sound very synthetic and fake.

As said earlier, Sakuraba's style is very predictable, yet his tracks on the Original Soundtrack are the best by far. Let's start by discussing his progressive rock tracks. "The Arrow Was Shot" is the main battle theme of the game. It's a delicious theme which focuses on fast synthesizer movements and blazing synth electric guitar action. This is the kind of style to expect from all battle themes in the score, although all other battle themes use Sakuraba's synth electric guitar as the central focus of the piece. His orchestral themes are also very good. The brassy ones, like "Crimson Pride" are, on the most part, epic and enjoyable, while the more mellow themes (the end credits title, "The Look of That Day", for example) are simply divine. There aren't a lot of filler tracks produced by Sakuraba, but some of his typical tracks with brass are bland. This shouldn't be anything surprising or new for anyone who likes Sakuraba.

Tamura's tracks are much less memorable. On the Original Soundtrack, he produces a lot of ambient tracks which have a signature style. Most of them are nice and do their job well, but I fail to find more than a few particularly impressive tracks. One highlight is "The Floating Imperial Castle" where he has uses a harp and a flute to convey lightness. And it works really well! But tracks like "Mushroom Road" are just plain weird albeit interesting. Usually, in the past, each 'Tales of' game has roughly a balance between Tamura and Sakuraba tracks, but in Abyss, it seems that Tamura has only composed, to be into perspective, about half of what Sakuraba has. Overall, his contributions are a little bland but I am happy with them.

Lastly, Motoo Fujiwara composed the least amount of tracks, but they are all significant in their own way. However, the really good Fujiwara tracks are truthfully only on Disc Four. "Mirrors" is a great arrangement of the game's main theme, "Karma", which is also composed and sung by Fujiwara and performed by his band (though the track isn't included on the Original Soundtrack). His other impressive arrangements of "Karma" include "Meaning of Birth" and "Promise". Fujiwara also composes the music to the final battle and the events leading up to it. I rather enjoy "Time to Raise the Cross" (one of the last battle themes), even if it seems a little too predictable. The same goes for "Finish the Promise", the final battle theme. "A Song ~ Song by Tear~" is a pleasant vocal piece sung by Yukana Nogami. There is very minimal instrumental work as Fujiwara turns all focus on the vocals. Short but sweet, and ends his compositions wonderfully.

Now that you have had a brief read on what each composer brings, the question remains whether it is good enough for you to own. Well, the 'Tales of' series has always had a bundle of filler tracks, but this score is almost completely rid of them and are replaced by, on the whole, satisfying and solid compositions. Not only is this a good enough reason to buy the album, but it is without doubt the best 'Tales of' soundtrack thus far (not including Tales of Legendia because it was made by a completely different group of developers). For a Sakuraba fan, this score contains some excellent work from the artist (although for a better Sakuraba experience, the Baten Kaitos II Original Soundtrack, which was released two days after Tales of the Abyss Original Soundtrack, is the more complete choice), and for the people who adore Shinji Tamura, they should be content with his work. The Tales of the Abyss Original Soundtrack is definitely a good album to own! 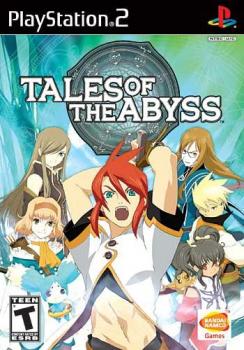