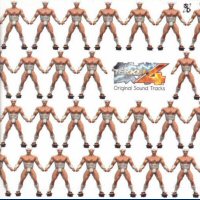 If Tekken Tag Tournament can be considered the end of the first chapter in the series, then Tekken 4 is the beginning of an entirely new segment in the series' musical progression. Headed by a few unconventional composers and chock full of unconventional music for a fighting game, Tekken 4 is a wonderful exhibit of what greatness can come from breaking the mold and presenting something completely unexpected in an arena where straight-up techno and rock rule supreme. This isn't just fighting game music with a twist — this is video game music knocked over, stood on its head ,and spun around into a euphoric state of progressive electronic bliss.

The three main composers for Tekken 4 are the three relatively new faces from Tekken Tag Tournament: Akitaka Toyama, Satoru Kosaki, and Yu Miyake. While they all had their chance to contribute to Tekken Tag, Tekken 4 is where they really had the opportunity to shine brightly as their individual compositional styles hinted at on Tag come to full fruition here. The blend of Toyama's electro-action themes, Kosaki's eccentric fusion, and Miyake's bizarre, vocoded, and almost Katamari-esque themes coalesce into a triple tag team of styles that takes the series on an unexpected hard right turn after traveling down a fairly straight road for the previous iterations in the franchise.

Toyama's "Uninhibited" is reminscent of his work on Tag given its driving bass and light techno beat. However, his true achievements shine through with entries like the bass-heavy breakbeat of "The Strongest Iron Arena" and the ethereal "Fear", the latter of which sounds closer to something that belongs on Disc Two of the Unlimited SaGa Original Soundtrack than a Tekken soundtrack; with "Fear", Toyama layers light synth swells under a deliberately paced percussive loop and various airy sound effects to create a beautiful and slightly unsettling track. His other main entry, "Mob", features some great bitcrushed guitarlines and melodies that give the listener something to hum long after the track is over.

Speaking of bitcrushing, Kosaki's "Bit Crusher" is a great example of his sweet fusion techniques. Mixing upbeat, upright jazz basslines with distorted vocal samples and low-res organ licks, Kosaki has created a piece that's both practical and catchy — great background msuic for a fun two-player fight with a friend. "Touch and Go" is a whimsical tune that, while initially free-spirited and almost chiptune-esque, offers a melody that hovers in major key territory before dipping into occasional bouts of dissonance. The intro theme "A Fist for a Fist" is surprisingly accessible as a standalone theme and his two remaining entries, "Fetus" and "Lights", are both convincing and addicting to listen to as prologue and final results themes, respectively.

The most prolific composer on the disc is Yu Miyake, dropping tracks that I consider to be among his best work. Preceding his work on Katamari Damacy, Miyake's compositions from Tekken 4 are appropriately wacky yet ridiculously catchy, which has become par for the course over time for him. His work is very unconventional, which is why I am always compelled to give the man his own novella whenever I write about him. "Didgerythm" is Yu in a nutshell: take a repeated, low-res electronic beat, layer some sporadic vocoded vocal samples and warbled synth sounds, sprinkle some strings and a catchy melody and, voila, you have musical perfection in randomness.

"Kitsch" is Miyake at his catchiest. It's a samba with vocal samples that are so good and so addictive there should be a warning from the Surgeon General on the track. His character select themes are also excellent. "Jet" features layers of spacial, distorted guitars and "Quadra" (originally an unused track from Ridge Racer V) hints at the abstract melody in "Jet" but adds upbeat percussion to give the track a lively vibe. And then there is the deep and heavy "Gym" with its rockin' guitar riffs and slow and steady melody. Perfect for fist pumping.

Disc Two showcases all of the characters' ending themes. While it had the potential to be a throwaway disc, the composers I've already raved about thus far decided toinstead create ending themes that were functional and accessible both in and out of the game. The styles are varied, from Miyake's ominous and ambient "Jin" (the buildup after the first two minutes is incredible) to the lounge stylings of Kusaki's jazzy "Lee", and there is plenty of variety to be had here. Ace Combat veteran composer Keiki Kobayashi provides three of the ending themes, the standout of which is his exciting "Lee", while Ridge Racer superstar Hiroshi Okubo contributes a few themes of his own, like the epic "Nina" and the heavy swing of "Kuma". Kosaki's "Xiaoyu" is a great theme thanks to its light-hearted melody and arrangement, but "Paul" is my favorite ending theme, for sure; it recalls Miyake's earlier emotive theme from "Draw the Waveform" and reiterates it with awesome results.

It's clear that Tekken 4 is not your average fighting game soundtrack, for sure, and the more I reflect on it the more I realize that it's not an average soundtrack either — far from it. Namco's sound team rarely disappoints, but Tekken 4 is on a whole different level than most of the company's other offerings. The balance between the composers' varying styles and approaches, several amazing tracks by Yu Miyake, and an enjoyable addition in the form of disc 2 wrap this entire package up quite nicely in shiny wrapping paper and a huge bow. That's one sweet present, and Tekken 4 is one seriously sweet soundtrack. 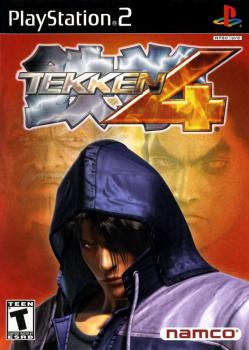