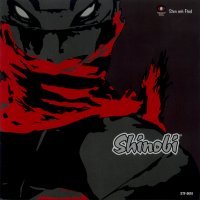 In 2002, Sega revived their Shinobi series of beat 'em ups for a moderately successful title released on the PlayStation 2. Its score united five Sega veterans, namely Fumie Kumatani, Teruhiko Nakagawa, Takayuki Maeda, Yutaka Minobe, and Masaru Setsumaru, to bring the series into the modern era. They fused the traditional Japanese instruments inherent to earlier scores in the series with modern electronic and rock influences. While its production values were solid, did the resultant compositions live up to those of legends like Yuzo Koshiro? Yes, but they're very different.

In series' tradition, the biggest draw of the new Shinobi soundtrack is its stage themes. The first stage theme "Transfiguration" is a beautiful complement to modern Tokyo with its rich electronic beats and occasional shinobue solos. Much of the piece is so smooth and uplifting that it could almost classify as 'new age' music, yet there is enough dynamism overall and edgy interludes for it to still fit well with the action. "Peaceful Shrine" complements an archaic shrine quite well with its increased flute focus and heavy percussion use. Meanwhile "Encounter" is ideal for an underground labyrinth with its dissonant orchestration and claustrophobic motifs. Both themes nevertheless maintain the modern vibe of the score with their pulsating electronic beats and flashy rock-influenced presentation of the melody. The stylistic fusions ensure the themes fit the modern image of the game while complementing the more specific features of the stages. Other enjoyable depictions include "Flames of Destruction" with its blistering blend of shamisen melodies and electric guitar riffs, and "Fantastic Machine" with its mechanical and distorted factory-inspired sounds.

The boss battle themes continue to offer interesting fusions, but are mainly concerned with portraying action rather than scenery. "Moritsune" sounds like a rocked-up version of the first stage theme. It retains all the atmospheric flute infusions and electronic overtones while gritting things up with punchy rhythm guitar riffs and thicker beats. It works well in context given it almost seamlessly transitions from the stage theme. Later boss themes sound a little more formidable, for example "Demon God" bringing in brass-focused crisis orchestration and overdriven metal-style riffs. The composers nevertheless get the balance right between depicting protagonist and antagonist, in particular having a flair for writing anthemic melodies such as in "Ninryo". There are also a few eccentricities, such as "The All-Seeing Kings" with its minimalistic percussive introduction and subsequent bizarre use of chorus and organ. It's an interesting diversion from the usual action themes featuring these elements and has a quality comparable to some of the best themes in Drakengard.

At the heart of the score is Yutaka Minobe's beautifully shaped main theme, "Shinobi". The theme opens the album, introducing all the hybridised sounds listeners should expect, and also receives a soft classical arrangement in "Recollection". However, easily its most notable renditions are at the climax of the album. To prepare listeners for the climax of the album, "Hiroe Temple" offers a haunting yet utterly beautiful blends of orchestral and traditional instruments and "The Golden Castle" is another hard-hitting electro-rock fusions. The final battle theme "The Hiryu Name" exceeds even high expectations by sounding dramatic and dynamic, yet understated and soothing all at the same time. An elegant blend of traditional, orchestral, electronic, and techno forces, at its core is the reprise of the main theme. As the credits roll, listeners are also wowed by a full version where Minobe packs in pretty much everything. After that fulfilling climax, the album ends a little underwhelmingly with the unused track "Sick Hand". It is nevertheless another accomplished shinobue-beat fest so is a welcome bonus.

The new Shinobi soundtrack is a considerable diversion from its predecessors. Whereas The Revenge of Shinobi was remembered for its catchy danceable flavour, this soundtrack is much more serious in tone and highbrow in production. The five composers retain the series' concept of fusing traditional Japanese instrumentation with contemporary elements, but the approach to the fusions is quite different. The final result will be profound and satisfying for those looking for exotic timbres and the soundtrack packs enough melodic punch, rhythmical edge, and dramatic range for it to appeal to most others too. Overall, an impressive way to take a loved franchise into a new generation.

Album was composed by Фумиэ Куматани / Masaru Setsumaru / Takayuki Maeda / Teruhiko Nakagawa / Ютака Минобэ and was released on December 05, 2002. Soundtrack consists of tracks with duration over more than hour. Album was released by Sten Och Flod.

Sounds like Classical - that's what we can say about this album.