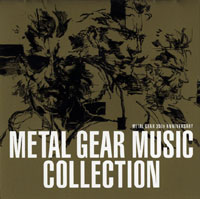 There have been endless demands for a thorough 'best of' music compilation and a fully fledged arranged album by Metal Gear series fans. Produced by Norihiko Hibino, the Metal Gear Music Collection aims to fulfil both requests with a mixed compilation / arranged album. Given the series has evolved spectacular over its 20 year — from the MSX's humble Metal Gear to the PlayStation 2's cinematic Metal Gear Solid 3: Snake Eater — a difficult task was to create an album that didn't clumsily vary in musical maturity and sound quality. An even more difficult task was to reunite the requests of casual fans wanting the vocal themes and main theme with those of hardcore fans wanting all sorts of abstract and extravagant arrangements. Did the album fulfil its massive potential?

The album opens with a 15 minute orchestral medley of various Metal Gear series themes arranged by Norihiko Hibino and Takahide Ayuzawa. Opening with the brassy Metal Gear fanfare "Operation Intrude N313", it moves into a faithful rendition of "Theme of Tara" and a brisk lyrical treatment of "Red Alert". At 2:17, there is a transition into the dissonant utters of Solid Snake's "Level 3 Warning", segueing beautifully into a slow version of "Level 1 Warning". Jumping ahead eight years, the rendition of Metal Gear Solid's "Cavern" at 4:15 is firmly announced with a series of ascending string runs and wonderfully emphasises the slow tense progressions. Fluidity is maintained with a nod to "Encounter" theme leading into renditions of the two battle themes from Sons of Liberty's "Tanker Incident". Continuing with the Hibino masterpieces, the medley does justice to Snake Eater's "Battle in the Jungle", emphasising its compelling rhythms during its lengthy and compelling development. As the medley approaches its conclusion, there is a sudden silence at 11:41 leading into Portable Ops' "Gene"; initially poignant, the firm progression that follows leads to a final fanfare declaring the series isn't quite over. With a solid track selection, mature arrangements, excellent performances, firm development, and overall unity, what more can one ask for? A real grower, there isn't a single boring minute in this behemoth.

The first half of the album features two of Harry Gregson-Williams' most accomplished compositions from Metal Gear Solid 3: Snake Eater. "Virtuous Mission" is the cinematic masterwork used to accompany the title sequence. Initially setting the scene of a plane carrying Snake over Russian soil with beats and strings, it rapidly intensifies from the 2:00 mark to achieve an amazing climax as the protagonist makes the first Halo jump. A welcome but curious addition is the "Metal Gear Solid Main Theme (Metal Gear Solid 3 Version)". Developing over 5:47 to encompass a variety of fluidly integrated sections, the slow ethereal introduction gives way to a action-packed brass-punctuated section loosely based on original theme's melody. After a sudden chromatic progression cuts the section short, Gregson-Williams introduces an ambient original section featuring his signature boundless strings against electronic beats. By 3:20, the theme has intensified once more to enter an aggressive beat-heavy section and, following another ambient interlude, something peculiar happens. Given the main melody of the theme has been disowned for copyright reasons, the piece does not conclude with an acoustic guitar interpretation like the soundtrack. Metal Gear Solid 2: Sons of Liberty's "The World Only Needs One Big Boss!" comes out of nowhere instead. With thunderous discords, overdriven guitar work, and blistering beats, it's certainly compelling, albeit very abrupt.

The other arrangements on the disc are simply delightful. Three of Metal Gear Solid 2: Sons of Liberty's deepest themes are compiled into an eight minute jazz improvisation. The first two and a half minutes features a romantic string quartet based on the "Who Am I Really?". The arrangement fluidly transitions into a duet between soprano saxophonist Norihiko Hibino and pianist Shinya Kiyozuka based on "Memories of Hal" and "Reminiscence". They both provide intricate performances filled with raw emotion, incorporating heartrending chromatic progressions, melancholic declarations of the main melodies, and a rhythmically liberated conclusion. The classic Metal Gear 2 Solid Snake composition "Zanzibar Breeze" receives a phenomenal rock-orchestral arrangement courtesy of original composer, GuitarFreaks' Mutsuhiko Izumi, and the aforementioned Takahide Ayuzawa. Izumi's overdriven bass riffs and aggressive drum beats creates a wonderful harmony line for Ayuzawa's string and brass melodies to lyrically and triumphantly glide over. The virtuosic electric guitar solo and increasingly dissonant accompaniment from 3:22 from 4:11 provides a wondrous climax. The remainder of the arrangement softly fades out by atmospherically repeating the characteristic tuned percussion motif of the original. "Yell 'Dead Cell' (VR Remix)" is also reprised from the Metal Gear Solid 2 Substance Original Soundtrack Ultimate Sorter Edition. Here Hibino assembles complex electronic polyrhythms, rapid drum beats, hard string punctuation, and even saxophone wails to create a fascinating track.

Moving on to the vocal themes, Rika Muranaka's compositions are the low point of the album for me. Metal Gear Solid's tragic ending theme "The Best is Yet to Come" features a warm understated performance by Gaelic singer Blathnaid Ni Chufaigh and increasingly elaborate Celtic instrumentals. The dramatic intent of the composition is undermined by its underlying derivative features and the fact it completely differs from the style of the rest of the soundtrack. Furthermore, awful lyrics like "Tell me... We are not alone in this world... Fighting against the wind" add to the superficial gloss. The Metal Gear Solid 2: Sons of Liberty ending theme "Can't Say Goodbye to Yesterday" is a lounge jazz theme sung by Carla White. It is derivative, dated, and contrived, though fits far better with the overall musical style of the game (given the style Hibino reflects in 'The Other Side') than "The Best is Yet to Come". The lyrics are tolerable, though the subject matter is very clichéd ("Why can't each of us in the world ever see 'the best things in life are free'", meh!), while White's vocals vary between sounding fitting and being too dreary. The piano work is moderately good and sets the style of the theme nicely, but the supporting suspended strings are painfully functional and the pseudo-improvised saxophone and trumpet solos that drag the theme out for 7:36 are terribly written. "Don't Be Afraid" from Metal Gear Solid 3: Snake Eater is not included here.

More impressively, Norihiko Hibino offers a James Bond parody in "Snake Eater" to establish the 1960s setting of Metal Gear Solid 3: Snake Eater. Vocalist Cynthia Harrell's velvety soul-influenced interpretation combines with chromatic chord progressions, sleazy horn punctuations, and even some backing singing. The theme knows that it stinks of cheese and uses that to its advantage. The result is a fitting, memorable, and full of character and it is undoubtedly one of the greatest video game theme songs ever written. Metal Gear Solid: Portable Ops' ending theme "Calling to the Night" is also included here. Composed by Akihiro Honda, directed and arranged by Norihiko Hibino, and sung by Natasha Farrow, it's an evocative theme with semi-operatic qualities. The melody is strong despite a few contrived moments and Farrow's performance adds to the passion of the theme. The most impressive aspect is the instrumental arrangement; the orchestration is well done, the prominent saxophone work in the introduction is delicious, and the addition of piano, drums, and backing vocals at 1:14 offers a spectacular moment. To conclude the album, the theme receives a piano arrangement by Shinya Kiyozuka. It's reminiscent of the piano version of "Can't Say Goodbye to Yesterday", but much better. It maintains melodic emphasis for the most part, moving from a simple introduction into more elaborate sections accompanied by lush jazz chords.

The Metal Gear Music Collection offers the best of both worlds. For casual fans, it compiles the widely acclaimed vocal themes, the sadly disgraced main theme, and an accessible piano arrangement into one album. For hardcore fans, it offers the closest thing to a Metal Gear arranged album available with an epic orchestral medley, powerful rock piece, emotional jazz improvisation, and idiosyncratic electronic remix. The album does a fine job of compiling 20 years of Metal Gear music into a consistently maturely produced, technologically accomplished, and musically creative 65 minutes of music. Though few will like everything here, the album is jam-packed with momentous highlights and there really is something for everyone. Those looking for an effective compilation of the best themes for the game or desiring masterpiece arrangements should seriously consider purchasing this. 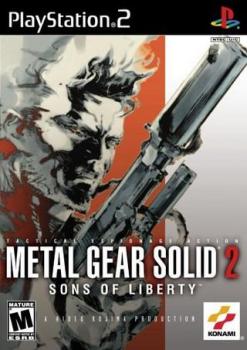