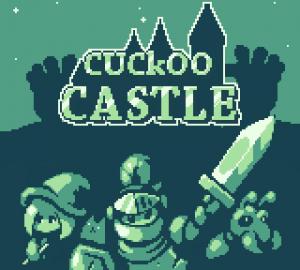 "Cuckoo Castle is a mini Gameboy-style metroidvania, created for GBJam4 by Richard Lems and Diane de Wilde. Everything in the game was created in only 11 days, including this soundtrack here. :)

All the audio was done in Famitracker, following most of the limitations of the Gameboy sound chip (I cheated in a few places, like the panning).

There's an NSF file included in the download, for those who are into that kind of thing, but feel free to ignore it if you're not sure what it is.

If you haven't tried out the game yet, you can play it here:
gamejolt.com/games/cuckoo-castle/87063
rilem.itch.io/cuckoo-castle"

Album was composed by Шэннон Мэйсон and was released on September 01, 2015. Soundtrack consists of 6 tracks tracks with duration over about 5 minutes. Album was released by Shannon Mason (distributed by Bandcamp).