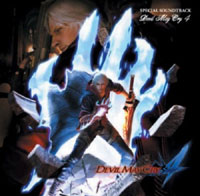 Similar to many promotional albums, this soundtrack was released in conjunction with the release of Devil May Cry 4 in Japan. The spiritual successor for the Devil May Cry Sound DVD Book series, it contains a best of soundtrack, a bonus DVD, and an accompanying booklet. Featuring only a glimpse of the full soundtrack, what does it have in store for the listener? Read on to find out...

To open this review, I must say that having played the game, my review may be a little biased. For example, "Out of Darkness," a track that some may find to be a bit generic and clichéd, is one I absolutely adore. Used in the opening sequence of the game, this benevolent composition describes the scene quite nicely, but at the same time, is a bit contradictory. Aubrey Ashburn does a fantastic job at exuding a very raw emotional power from her voice, in an almost operatic style. The accompaniment to her beautiful voice is, of course, a traditional string-led composition with some choral layering, adding an ethereal beauty to the instrumentation. Overall, this is an emotional opening and is, in my opinion, the best opening theme in the series, albeit an uncharacteristic one.

Next we have "The Time Has Come," which is used as the battle theme for the new hero, Nero. When I first heard this track, I was not impressed. The vocals were a tad annoying, but I loved the rock / electronica focus. After having played, the vocals are still a bit annoying, but the track has a newfound respect from me. This theme is also reprised in the credits theme, "Shall Never Surrender". This is a rather interesting piece of music. It features a very diverse selection. It shifts from "The Time Has Come" to a rather ominous prayer section with what sounds like a slightly altered "Out of Darkness". Lastly, the piece ends with a male vocal performance. The male vocalist is rather impressive; his soft voice really accompanies the string performance quite nicely.

In addition to the action themes, there are a few ambient themes on the soundtrack as well. Unfortunately, I'm not as impressed with these outside of context, but they do prove effective in game. Themes like "Stage I", "Stage II", and "Stage III" fit into this category, focusing on industrial sound effects in conjunction with low strings and none really stand out on their own. Themes that have a nice combination of ambience, electronica, and orchestration help provide a nice twist on the album as well. "The Hell Gate" and "The Viper" are some of the best examples of this. There is always an interesting fusion of styles heard within in each one of the boss battle themes.

The set features a region 2 DVD featuring nine scenes and five trailers from the game. While they're a testament to the exuberant sequences in the game, most had been released previously and they don't quite compensate for playing the game properly. The release is also accompanied by a neat 24 page booklet with illustrations and liner notes.

On the whole, this offers a nice glimpse into the efforts put forth by Capcom and T's Music composers. While it definitely has its ups and downs, the ups far outweigh the downs. "Out of Darkness," "The Time Has Come," and "Shall Never Surrender" are the best pieces on the soundtrack, while the ambient stage themes are rather lacking outside of context. While this a pretty decent selection, it misses a lot of the good themes on the soundtrack so big fans of the game's music would probably be better off the full soundtrack. More casual fans might be satisfied with the limited but mostly high quality selection of mostly important themes.

Also includes a DVD with promotional videos for the game.
Album was composed by Акихито Нарита / Kouta Suzuki / Сюсаку Утияма / Тэцуя Сибата and was released on December 19, 2007. Soundtrack consists of tracks with duration over about 55 minutes. Album was released by Avex Trax.

Sounds like Ambient, Classical, Electronica, Industrial, Metal - that's what we can say about this album. 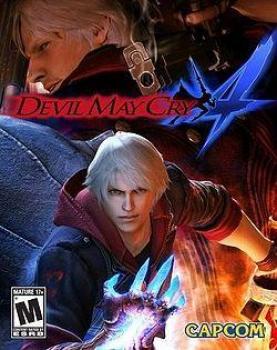