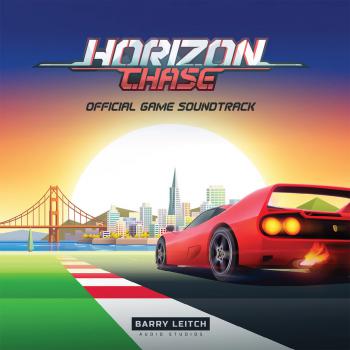 "This is the official soundtrack of Horizon Chase. Contains the entire soundtrack as well as a complete extra CD of remixes from some amazingly talented people. Inspired by the classic Top Gear (SNES) that Barry worked on 25 years ago, Brazilian developer Aquiris re-imagined the game for the 21st Century and released it initially for mobile platforms. It has since been downloaded over 200 million times."

Additional mixing by Chris Leitch
Album was composed by Барри Лейч and was released on December 31, 2015. Soundtrack consists of 26 tracks tracks with duration over more than hour. Album was released by Barry Leitch.