Galak-Z: The Dimensional - Music From the Animated Television Series 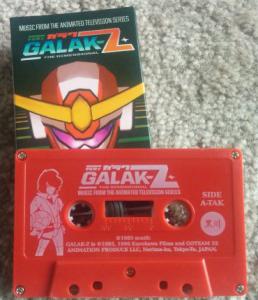 Available with the game sold by IndieBox (April 2016 Box).

As the game is really inspired by 80's anime series, they gave the cassette the title of "television series" as a pun.
It does contain the soundtrack for the game.

Side A: tracks 01~06
Side B: tarcks 07~15
Album was composed by scntfc and was released on April 2016. Soundtrack consists of 15 tracks tracks with duration over . Album was released by 17-BIT.