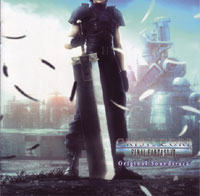 Takeharu Ishimoto is definitely a composer who can split opinions when it comes to considering him a good composer or not. Personally, I'm torn. In both his Subarashiki Kono Sekai soundtrack and the Crisis Core Final Fantasy VII soundtrack, there are both elements that I like and I dislike. In the former, the vocals and the filler tracks really bothered me, while I enjoyed the underlying rhythms and beats. In this album, it's a bit similar, but I'll elaborate a bit more in the review. Given the plethora of Final Fantasy VII additions out there, I'm not sure that this was entirely necessary, but the music does have some interesting elements.

Crisis Core Final Fantasy VII is definitely an album of mixed proportions. It features arrangements of old Final Fantasy VII tracks, as well as some of Ishimoto's former compositions from Last Order. It also features original rock compositions as well as a heavy focus on piano and string quartets. However, despite all this, the album is extremely lacking in variety and depth. Most of the rock pieces are extremely similar and really don't go that many places. An exception is "The Price of Freedom," which features a nice blend of acoustic guitar, electric guitar, and string work. This is one of the few original melodies on the soundtrack worth listening to. Although a bit repetitive, it at least has some variety that the other rock based tracks are missing.

Unfortunately, another problem that this album is plagued with is the narrow focus. Most of the original compositions are reprises of the main theme or "The Price of Freedom." It makes for a really boring album. The main theme, "Theme of Crisis Core," also has a lot of various styles in which it is depicted. However, they are all very basic and generic and some of them don't even sound like the main theme itself. Despite these very basic and derivative themes, I must say that that "Truth Behind the Project" version, arranged for a string quartet, is probably the best one. It offers a very tense and forceful atmosphere.

Of the arrangements, most of them are pretty lackluster. Some of them, such as Ishimoto's take on FFVII's "Those Who Fight", "On the Verge of Assault," sound essentially the same as the original. On the other hand, he also is able to ruin a few classic Final Fantasy VII themes, such as "Turk's Theme" in "The Clandestine Dark Suits" and "Shinra Company" in "The Mako-Controlling Organization". These are just extremely boring arrangements.

Fortunately, not all is lost in terms of arrangements. The arrangement for "Those Who Fight Further," entitled "The Summoned", is an interesting take on the boss battle theme. Making the piano bass line the focus of this arrangement, rather than the rock portion, he does a good job at spicing it up. He also is able to breathe life into "Aerith's Theme," with his arrangement entitled "A Flower Blooming in the Slums". In fact, I like this version more so than the original. The acoustic guitar, piano, and strings come together quite nicely. It's like Ishimoto and Uematsu had a baby and this was it.

Kazuhiko Toyama, on the other hand, is a fantastic arranger. His "Mission Start" is a nice take on both the "Opening" from Final Fantasy VII and "The Price of Freedom" from this soundtrack. Epic in orchestration, it really sets the tone for the mission, I suppose. "The World's Enemy" is a very minimalist arrangement of "One Winged Angel". In a sense, it sounds darker than the original, but at the same time, it doesn't. Regardless, it's still a pretty decent arrangement.

Toyama's ultimate arrangement comes in the form of "Fulfilled Desire". Essentially a medley of Crisis Core Final Fantasy VII and Final Fantasy VII pieces in fully orchestrated glory are previewed here. It includes some new orchestration, such as "Shinra Company" and "Those Who Fight". At the same time, it takes "The Price of Freedom" and "Aerith's Theme" as they are found in game, and slaps them into the medley. Surprisingly, "Aerith's Theme" leads nicely into "The Price of Freedom," as if they were the same piece.

Aside from Toyama's contributions, Ishimoto offers very little that is actually worth a listen. Most of his arrangements are bland or uninspired, his rock all sounds extremely generic, and his string quartet work is decent at best. While Ishimoto hasn't had the best track record this year, at least Subarashiki Kono Sekai offered more variety than this. Pick this album up if you enjoyed the music during the game, or are a fan of Ishimoto.

Album was composed by Нобуо Уэмацу / Такэхару Исимото and was released on October 10, 2007. Soundtrack consists of tracks with duration over more than 2 hours. Album was released by Warner Music Japan. 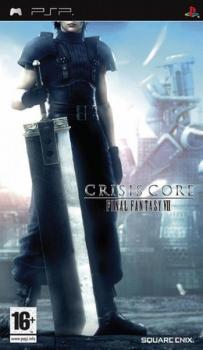