Echoes of War: The Music of Blizzard Entertainment Standard Edition 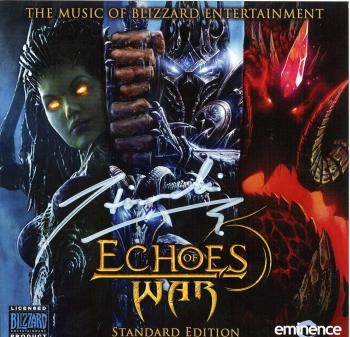 The Legendary Edition includes the "Echoes of War" DVD, while the standard edition does not.

1-03 A Tenuous Pact
Source compositions: "The Shaping of the World," "A Call to Arms," "Seasons of War Legacy," "Echoes of the Past War"
Composed by: Jason Hayes, Glenn Stafford
Arranged by: Hironori Osone